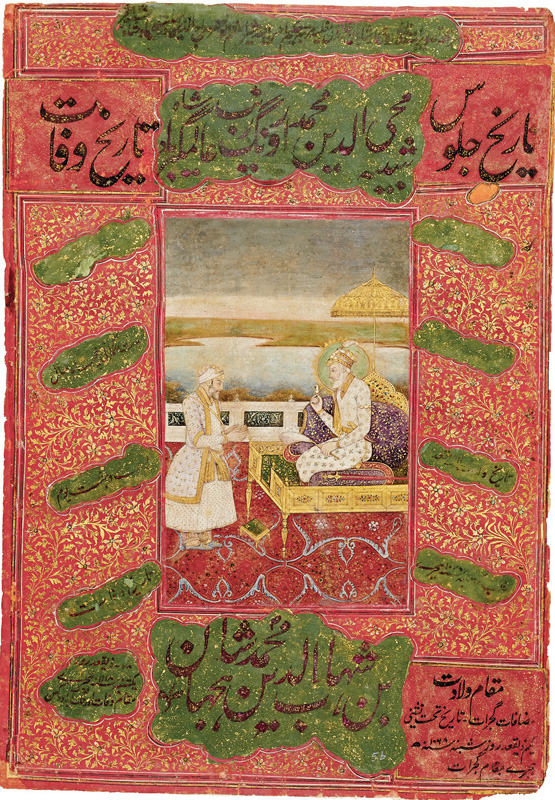 Aurangzeb was the sixth Mughal emperor who ruled over most of the Indian subcontinent and was known by his imperial title Alamgir (world-seizer). His reign lasted 49 years from 1658 until his death in 1707. Aurangzeb was a notable expansionist and during his reign, the Mughal empire reached its peak. He was among the wealthiest Mughal rulers. He was a strong and effective ruler, but after his death the great period of the Mughal dynasty came to an end, and the central control of the sub-continent declined rapidly.

In this portrait, Emperor Aurangzeb is seated on a golden throne, with a parasol above, receiveing his maternal uncle Shaista Khan. Shaista Khan, served as a subedar and governor of Bengal from 1664 to 1688, and was a key figure during the rule of his nephew. Aurangzeb is holding a turban jewel composed of pearls and diamonds. The background is simple, a terrace overlooking a river bank and in distance is the horizon.