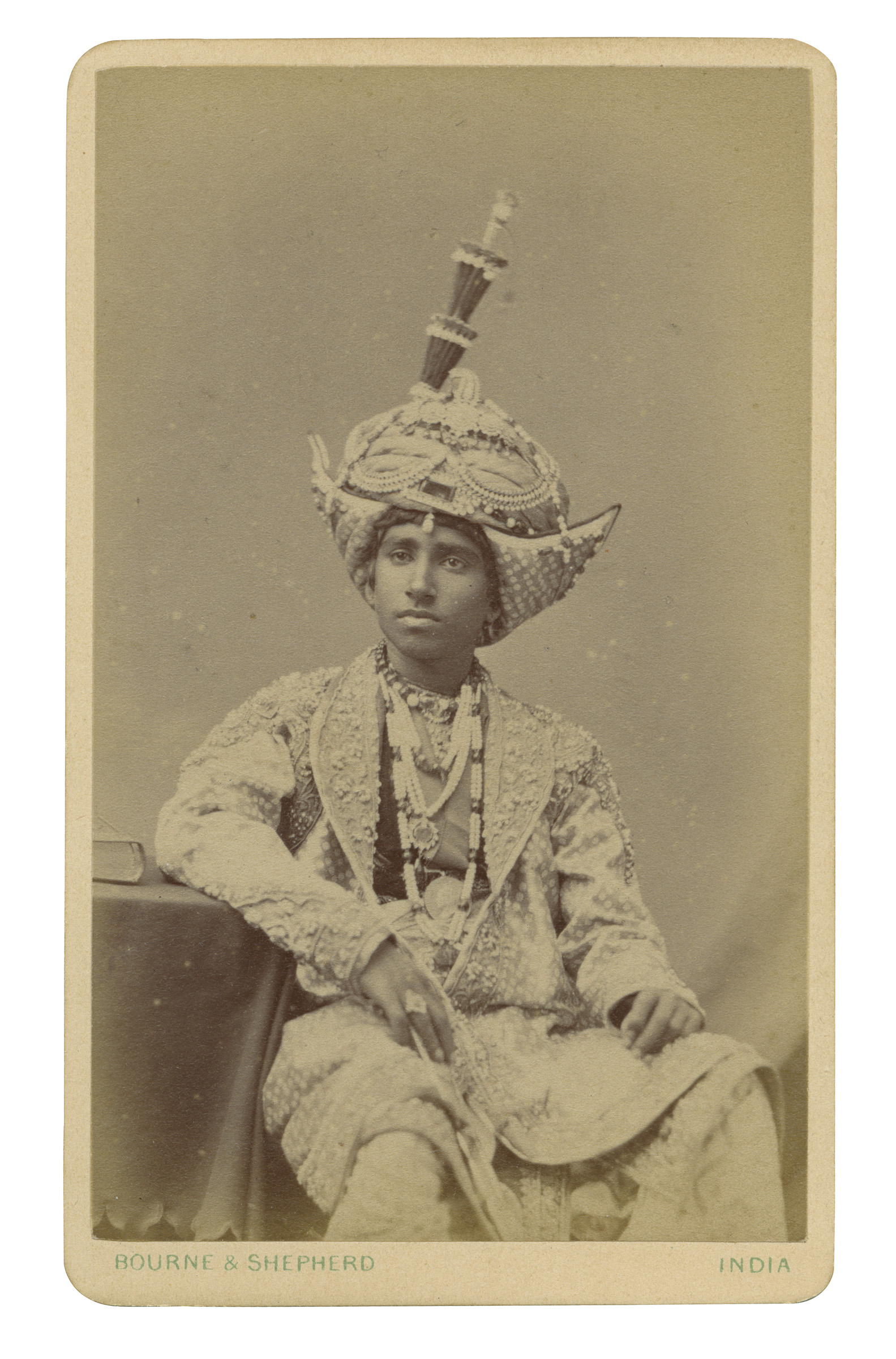 Inscription: HH the Nawab of Bhawalpore

Sadiq Muhammad Khan was born in 1861 and became the Nawab of Bahawalpur on 25 March 1866, after the death of his father Bahawal Khan IV. As he was still a minor, the British temporarily administered the region. He was invested with full ruling powers at Derawar Fort on 28 November 1879.

Bahawalpur, now a part of Pakistan, was controlled by the descendants of the Daudputra family. Sadiq Muhammad Khan’s administration developed a canal system to improve irrigation and established a better public education system. He ordered for construction of many buildings in Bahawalpur including Daulat Khana, Sadiq Garh Palace, Noor Mahal and Gulzar Mahal.

This is a photograph of the young Nawab, sitting on a chair looking to his right. His right hand is resting on a table besides him. He is wearing the conventional clothes of his clan. He has a heavily embroidered robe on his inner clothes and a ceremonial headgear having two-tier extension with a dangling tassel. He is wearing several necklaces and a ring in his right hand.