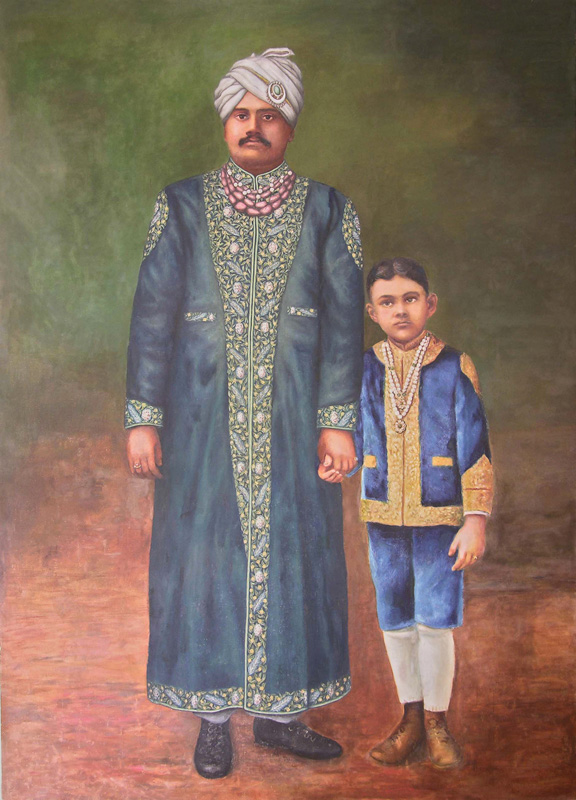 This portrait is very coincidental as both the artist and the sitter moved to Karachi almost at the same time.

Samuel Rahamin, a Jew by faith, married Atiya Begum (of the Fyzee family) in 1912 and converted to Islam taking the name Fyzee Rahamin. He also moved to Karachi post the partition, where he spent his last years. His art collection, which he presented to the Aiwan-e-Riffat Museum in Karachi, is a part of the Fyzee Rahamin Art Gallery.

The portrait is of the Nawab of Junagadh – Sir Mahabat Khan. Upon the Independence of India in 1947, Mahabat Khanji III decided to merge the Junagadh state into the newly formed Pakistan. But the Hindu citizens who formed the majority of the population, revolted leading to several events and also a plebiscite, resulting in the integration into India. As a consequence of threats to his safety, the Nawab was forced to leave for Pakistan with his family including the young prince – Dilawar Khan. They spent the rest of their life in Karachi, Pakistan.