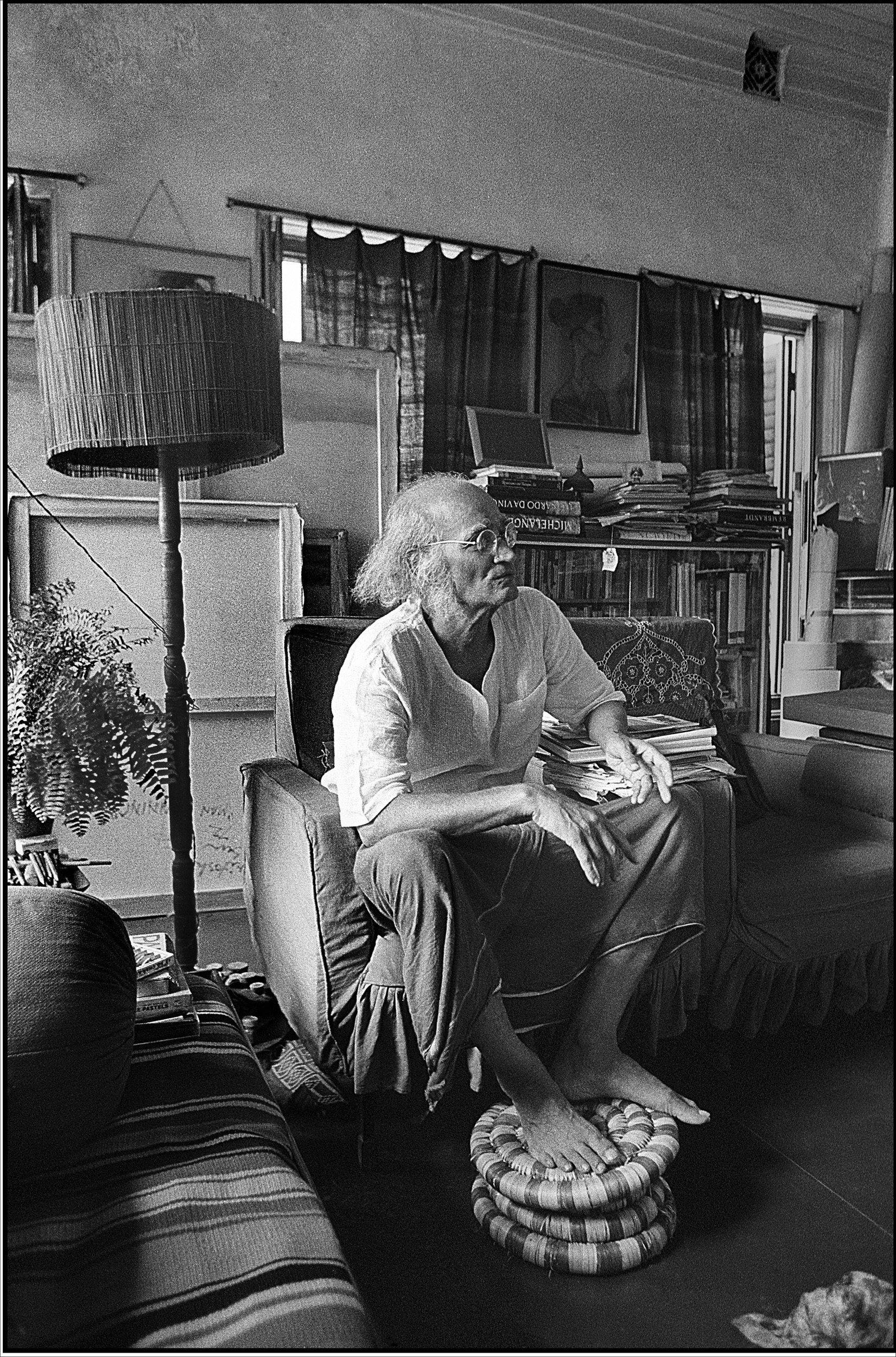 Paritosh Sen was born 1918 in Dhaka, now Bangladesh and ran away from home to study art after reading the art journal Prabasi. He studied Fine Arts at the Government College of Arts and Crafts, Chennai and moved to Calcutta in 1942. There he founded and formed the Calcutta Group, an art movement that worked towards introducing modernism into Indian art.

Sen was widely known for his caricatures that reflected the contemporary socio-political mood of that era. He is also known for his female nude drawings. Sen travelled to England and France where his style of expression got influenced by the western modern art. Meeting Pablo Picasso was one of the most inspiring episodes in his life as an artist. The underlying theme of most of his works is the oppression of the poor and thus his palette used a lot of shades from brown to depict the strong and bold strokes. He depicted the everyday urban life with a critical approach.

He was a prolific writer who published many of his works in both Bengali and in English. His art has been exhibited in India and internationally. The French government conferred on him the L’officier de l’ordere des arts et des letters and Lalit Kala Akademi honoured him with the title Lalit Kala Ratna in 2004. He passed away in 2008 in Kolkata.