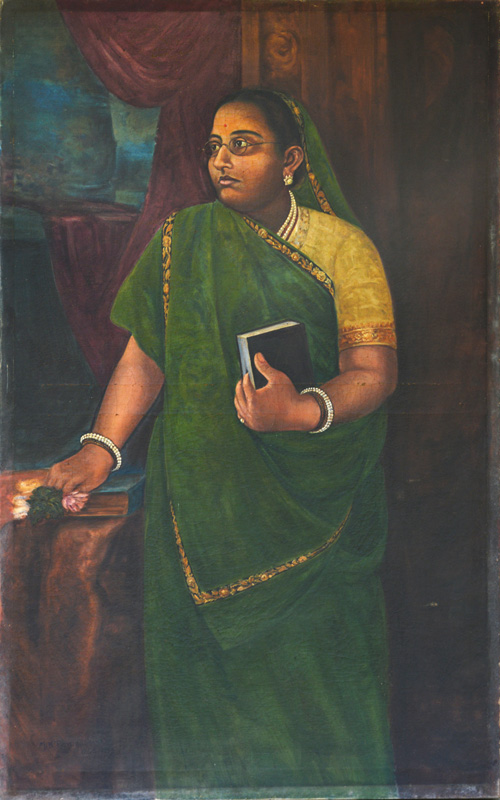 Portrait of a literate woman

M. K. Parandekar, born in Kolhapur – Maharashtra, was a gifted child. He trained under his father who was a Sanskrit scholar and painter and then studied art at the Sir J. J. School of Art – Bombay in 1900. Though he focused on painting landscapes, his liking for the works of Abalal Rahiman (the court painter of Kolhapur State) made him achieve good progress in portraiture.

Parandekar is known for his panoramic views of Indian archaeological sites and the precision with which he emulated the European artists in use of perspective and three-dimensional effects. He was commissioned to paint several projects by the Maharaja of Patalia and also gained the patronage of Lord Willingdon, the then Governor of Mumbai. He played an important role in the foundation of the Art Society of India, and also served as the secretary of the Archaeological Survey of India.

This portrait is an indication of the changing times and the role of women in post independent India. The woman is seen with a book and wearing glasses, a sight rare during those times. This shows that women education was slowly becoming popular albeit only in the more elite and economically strong sections of the society.