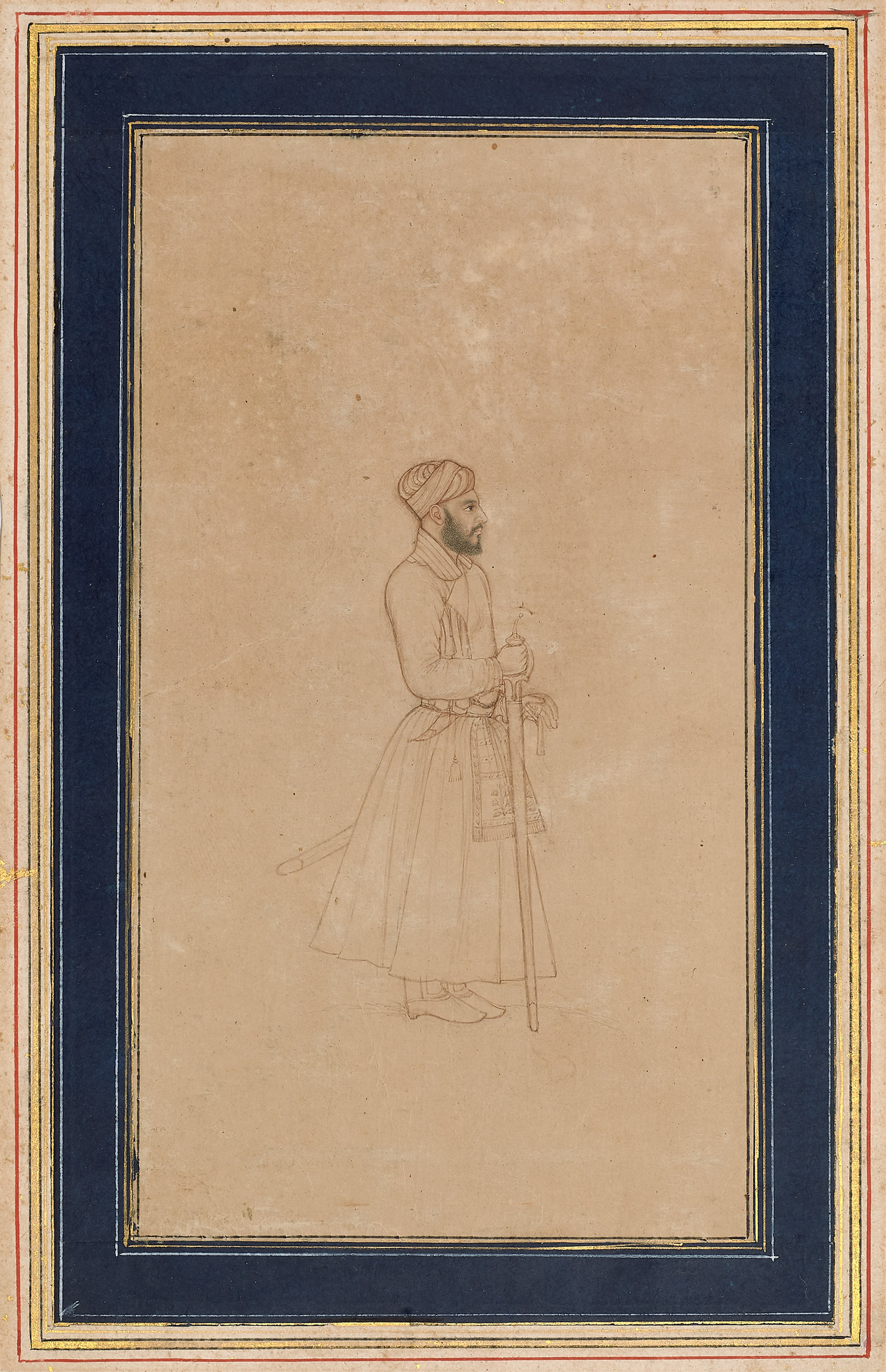 Portrait of a Mughal Nobleman
Mughal, 1670

The emphasis on perfection and grandeur that was the hallmark of Shah Jahan’s artistic patronage would be curtailed after the accession of the more conservative Emperor Aurangzeb. He dramatically reduced the number of artists under his employ leaving many to seek patronage elsewhere, causing an artistic renaissance in Rajasthan. Those artists that remained in Delhi likely sought patronage from other members of the imperial household and wealthy noblemen.

One genre of painting that continued to enjoy popularity in Delhi during the second half of the 17th century was portraiture. A large number of Mughal portraits from this period have survived, many uninscribed and unidentifiable. The following two portraits are exceptionally refined and are certainly of the sort that would have been produced by artists trained in the imperial atelier. These heavily armed men were likely members of the Mughal military which would have had their hands full attempting to subdue the Marathas and subjugate the Sultanates at the time.