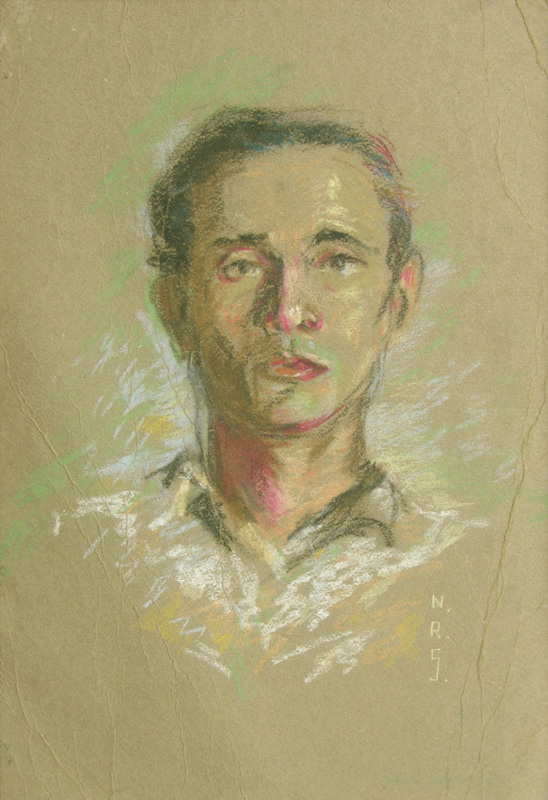 Portrait of an Unknown Gentleman

N. R. Sardesai was born in a small village of Ratnagiri District in Maharashtra. He pursued his art studies at Sir J. J. School of Art, Bombay. He taught as an art teacher until 1930. The popular genre, portraiture, was about sharpening one’s sense of observation, understanding of light falling on the form, and the accuracy of drawing which were almost inevitable to be an accomplished painter. For Indian artists who had practiced art at either a transcendental or then mythological level, the intimate rendering of the physicality of the world had previously never been the goal.

In Sardesai’s portrayal of the gentlemen, there is an unpretentious realism that captures faultlessly the ordinariness of the man, humbled as if by his existence. The calm and subdued portrait is punctuated by flickers of red and yellow.