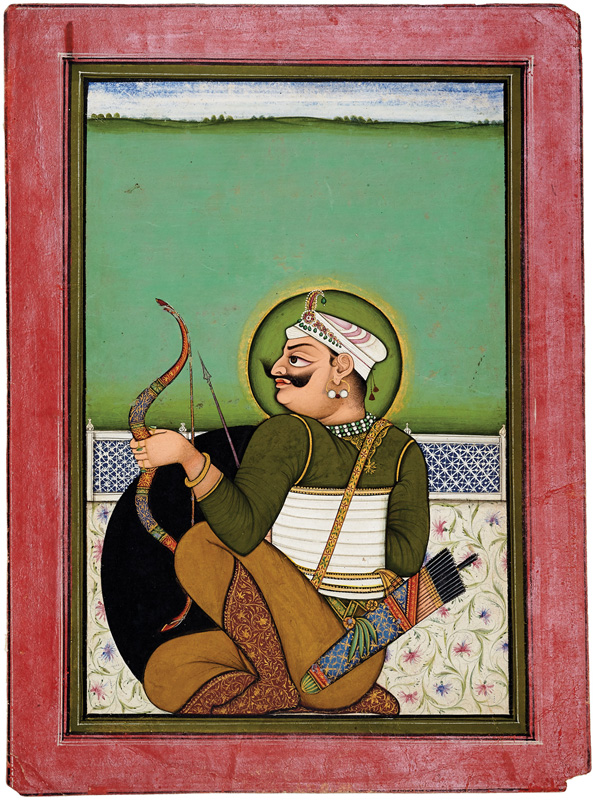 by Nathu Chatera of Mewar
circa 1860 CE

Portraits of Prithviraj are imaginary, and are styled after Maharana Pratap’s portrait which was initially conceptualized by artist Chokha of Mewar and Devgarh. Prithviraj Chauhan was the last independent Hindu king who ruled over Ajmer and Delhi and is usually remembered for defeating Muhammad Ghori in the first battle of Tarain in 1192 CE and eloping with Sanjukta, daughter of King Jaichand of Kannauj.

He is styled as a brave armoured Rajput soldier, always holding a bow, quiver, a shield and a sword, and has a slightly bulky figure with large, slightly upward turned imperial moustache. These two portraits are an interesting study as the incomplete one provides glimpses to the process and techniques adopted by the painter to finish it.