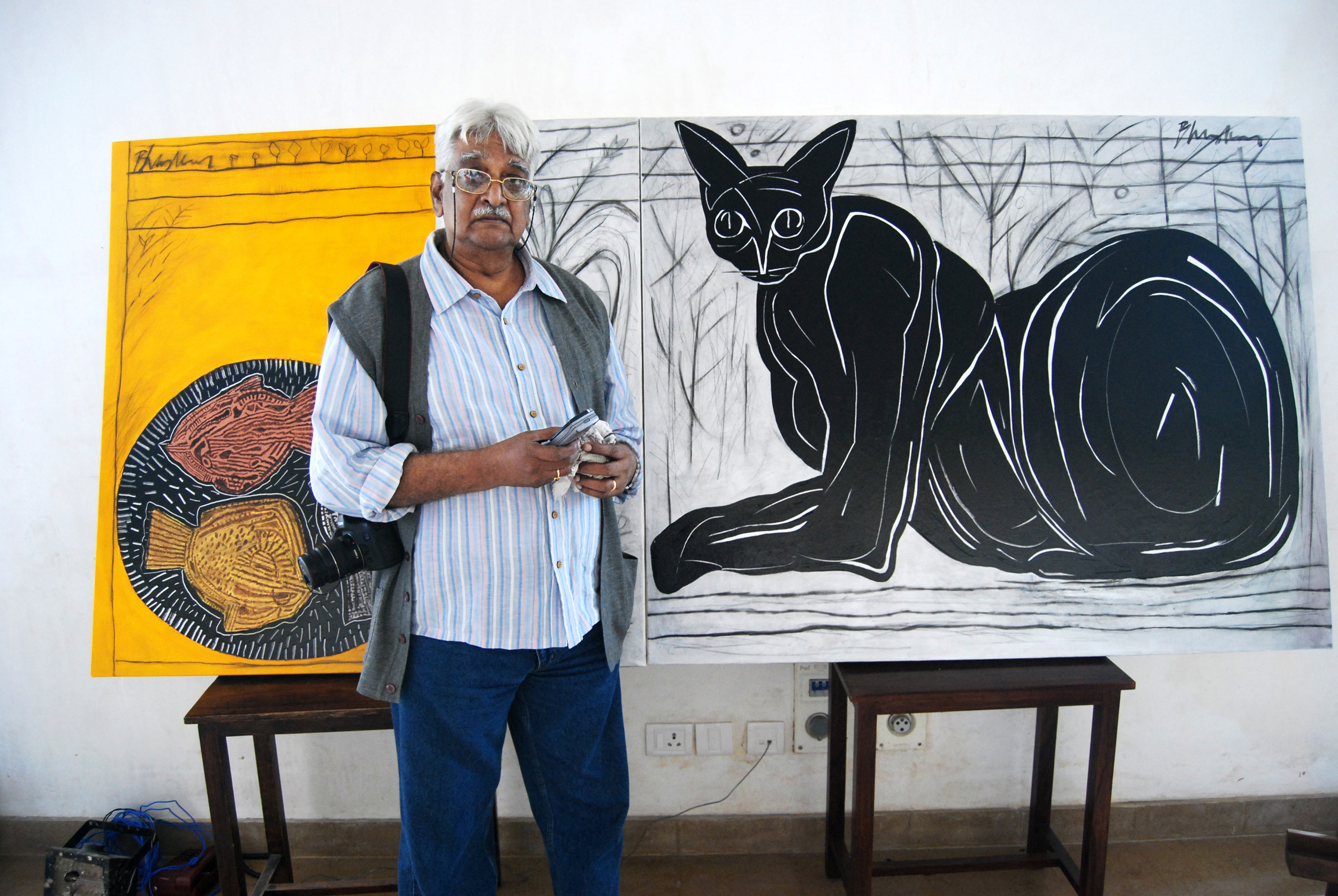 R. B. Bhaskaran was born in Chennai in 1942, and he studied advanced paintings at the Government College of Arts & Crafts in Madras. He also underwent training for Fresco technique at Banasthali Vidyapith, Rajasthan and studied Intaglio Print making, Lithography and Ceramics at En Hod in Israel in 1968.

He studied print making techniques with post-graduation at Portsmouth polytechnic, England as a British Council Scholar. In their deep browns and grey-blacks, his works have a tribal characteristic due to his in-depth study in frescoes. His most well-known work is his beloved cat series. Starting as a sketch of a wandering cat in his studio, this interest soon developed into an obsession with the creature, the feline animal becoming synonymous with the artist himself. He lives and works out of Chennai.