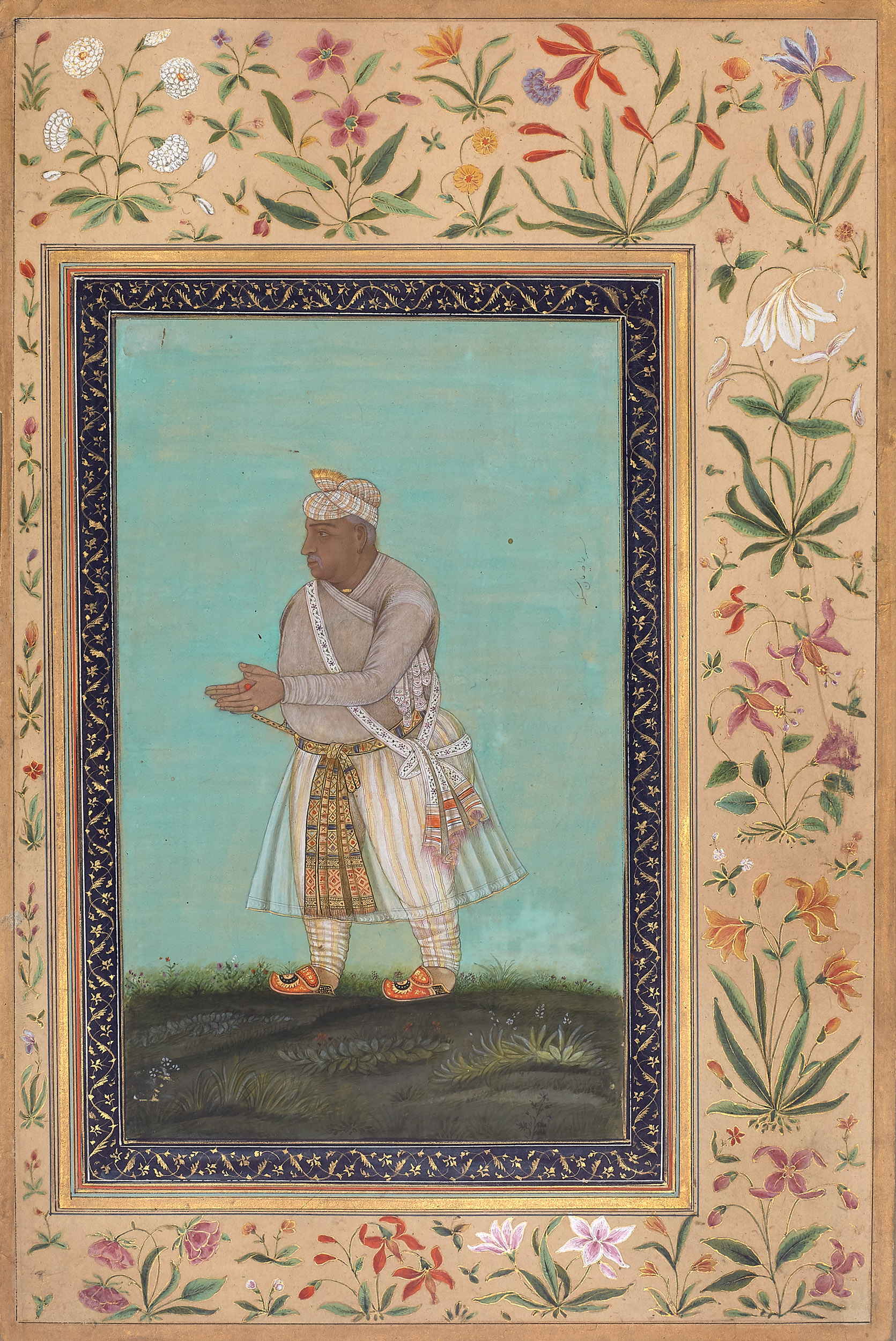 The stout Raja Man Singh I of Amber is shown here with his hands held out, offering a small spinel, a gem that was greatly admired by the Mughal emperors. A portrait in this format would have typically been mounted opposite a portrait of the emperor in an album. The emperor, in this case, would have been Akbar, who considered Man Singh one of his Nauratan, or Nine Jewels.

Man Singh joined Akbar’s service in 1562 after Akbar married his sister, Mariam-uz-Zamani (also known as Jodha Bai), the eldest daughter of Man Singh’s adopted father, Raja Bihar Mal of Amber. Akbar sent Raja Man Singh to quell the rebel Maharana Pratap in 1576 where he led the Mughal army to victory at the Battle of Haldigat. Man Singh would go on to become governor of Kabul, Bengal, Bihar, Jharkhand, and Odisha during his long and illustrious career. He died, of natural causes, while commanding the Mughal army in the Deccan in 1614. It is said that 60 wives threw their bodies on his funeral pyre.

Commercial workshops, specializing in copies of 17th-century Mughal paintings, Ragamala sets, and depictions of Hindu deities began to operate in Delhi during the late 18th century. The pictures produced in these workshops, while still a luxury, were available to a wider audience than ever before. Our picture was probably adapted from a portrait that was painted for Akbar and later included in the Prince Khurram album. This picture is now in the Metropolitan Museum of Art (1982.174)1. The slightly awkward pose seen here is explained by the presence of a staff in the original composition, instead of the spinel seen here. This picture, along with other reworkings of early Mughal paintings, was once in the collection of William (1784-1835) and James Fraser (1783-1856) who admired Mughal paintings and presumably purchased them during their time in India.