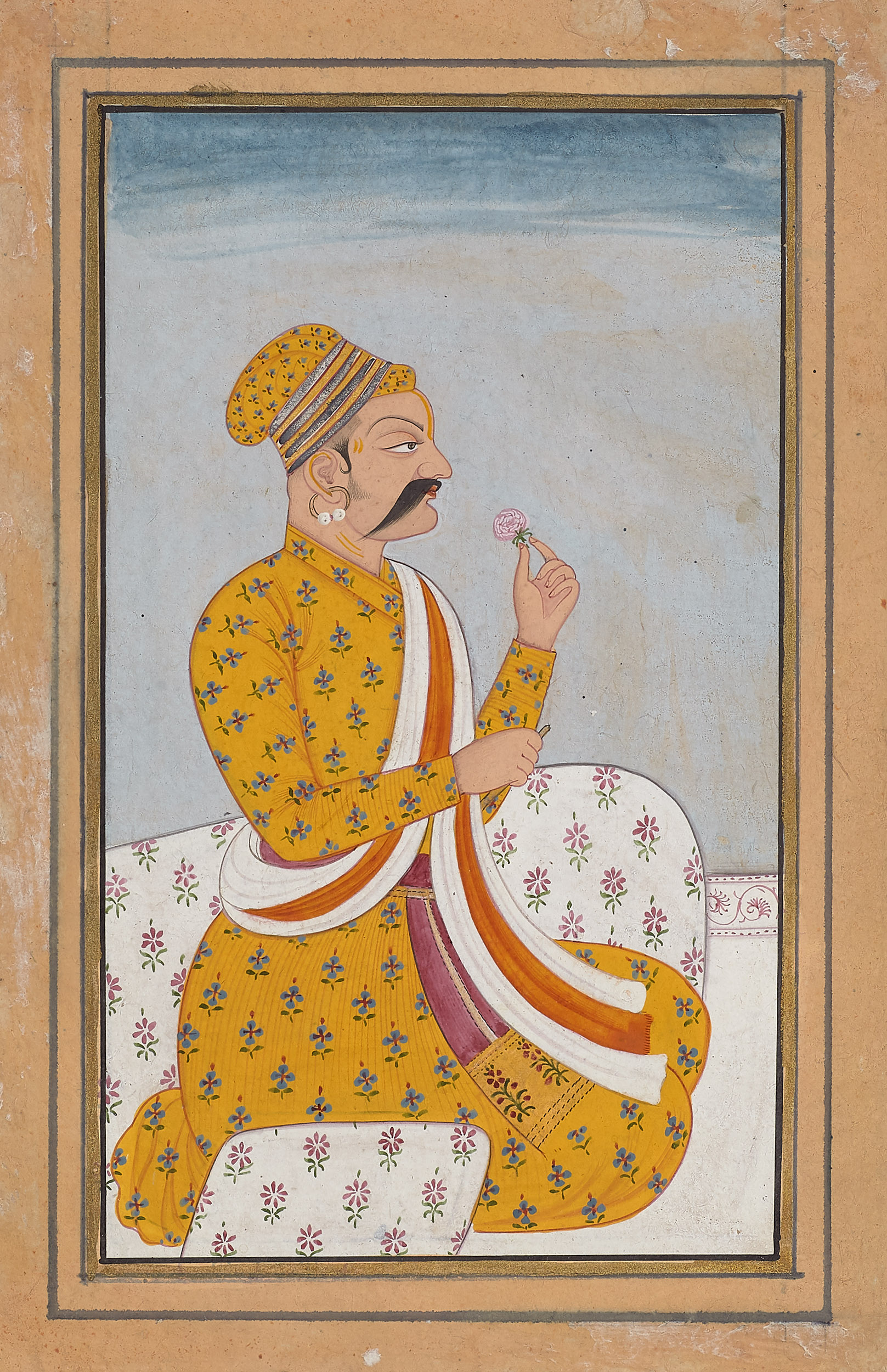 Raja Man Singh of Guler is often said to have been a man of great courage. When summoned to the Mughal court, he bravely refused unless he was awarded the title of faujdar of the Hill States. Man Singh later fought for the Mughal Emperor Shah Jahan who returned the favor by offering him assistance during the revolution in Nurpur in 1642. Later in life, Man Singh abdicated in favor of his son Bikram, and spent his final years in Varanasi.

Several portraits of Man Singh have survived including a late 17th Nurpur/Basohli picture in the Bharat Kala Bhavan1 and a mid-18th-century work from Guler in the Lahore Museum2, both of which are very close in composition. None of the portraits currently known of Raja Man Singh appear to have been made during his lifetime, however, it seems likely that such pictures were produced, given that nearby courts such as Mandi and Nurpur had vibrant painting traditions at the time.