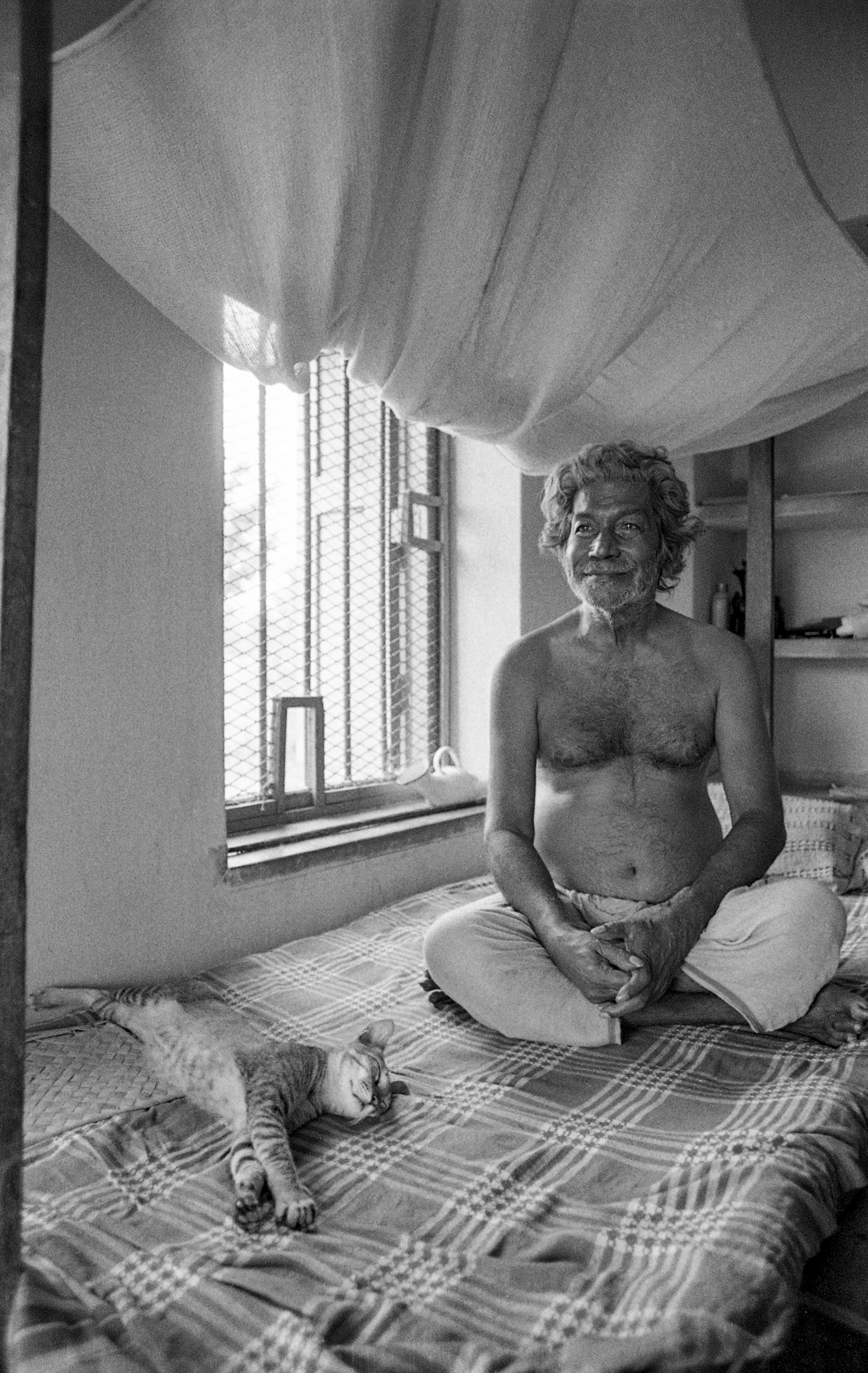 Ramkinkar Baij, was born in 1906 in Bankura, West Bengal in a humble family. He was spotted by the journalist Ramananda Chatterjee who inducted him to Kala Bhavana. Baij soon mastered every medium – Sculptures, Oil paintings, Portraits & Miniatures. He worked under Nandalal Bose and Rabindranath Tagore and later became the Head of the Sculpture Department there.

The working style of Baij is reflective of his individual perspectives and traditions, which result in new challenges to the modern Indian art. He was known as a non- conformist who brought relevance and vision to his content and forms. His spirit and courage of experimentation and his motivation were to go against the accepted practices in modernity, making his art into a kind of material and intellectual engagement, fine-tuned to certain social and political ideas that emerged during his time.

Known for his expressionistic sculpture, he was also a talented painter whose paintings have not been recognized. His works have been included in several exhibitions such as the Asian Art Exhibition, Tokyo, Man and Nature: Reflections of Six Artists, Indian National Trust for Art and Cultural Heritage and National Gallery of Modern Art, New Delhi.

Baij was a bachelor and lived with Radharani Dashi for which he was criticized. He made Radharani and his nephew Dibakar Baij as his legal heirs. He passed away in 1980 in Kolkatta, making his last sculpture Durgamurti in the hospital.