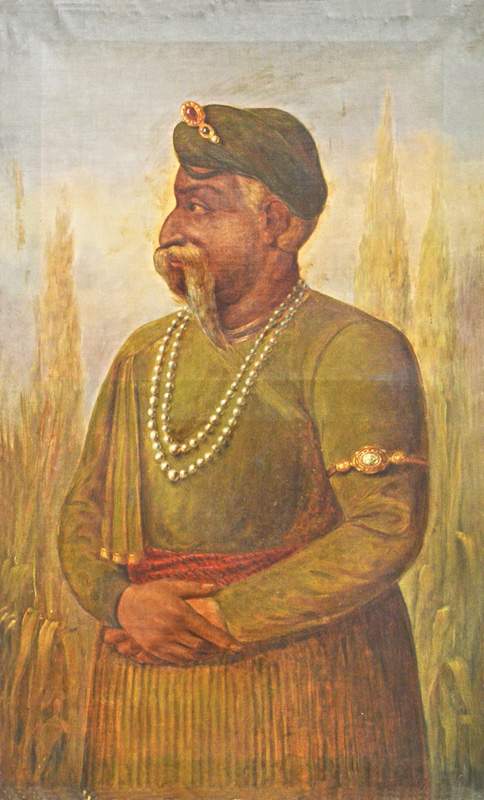 Miniature paintings were a hallmark of the Indian tradition of art, be it the Rajputs or the Mughals. However, with the formation of a new national identity in art and use of the prestigious guise of oil paints, there arose a need to revisit history and write it in a more contemporary and acceptable style. This also became a necessity as Ravi Varma travelled the length and breadth of India, undertaking work for various kinds of clientele. One such commissioning was by Sir T. Madhava Rao, the British Regent of the State of Baroda, who invited Varma to paint a ceremonial portrait at his palace. A studio was built on the palace grounds and special privileges and facilities were extended to Varma.

This made Varma the first generation of artist to cross regional barriers. But not all could afford Varma in terms of time and money. This led to the growth of regional painters who started making life size portraits of kings, using miniatures as the reference and emulating the Ravi Varma style and approach in portraits.

This work might have been commissioned at the Lala Deen Dayal Studio – Hyderabad. He was the court photographer of the Nizam of Hyderabad and would also undertake work for small regions around Hyderabad. This would have been done by a local artist.