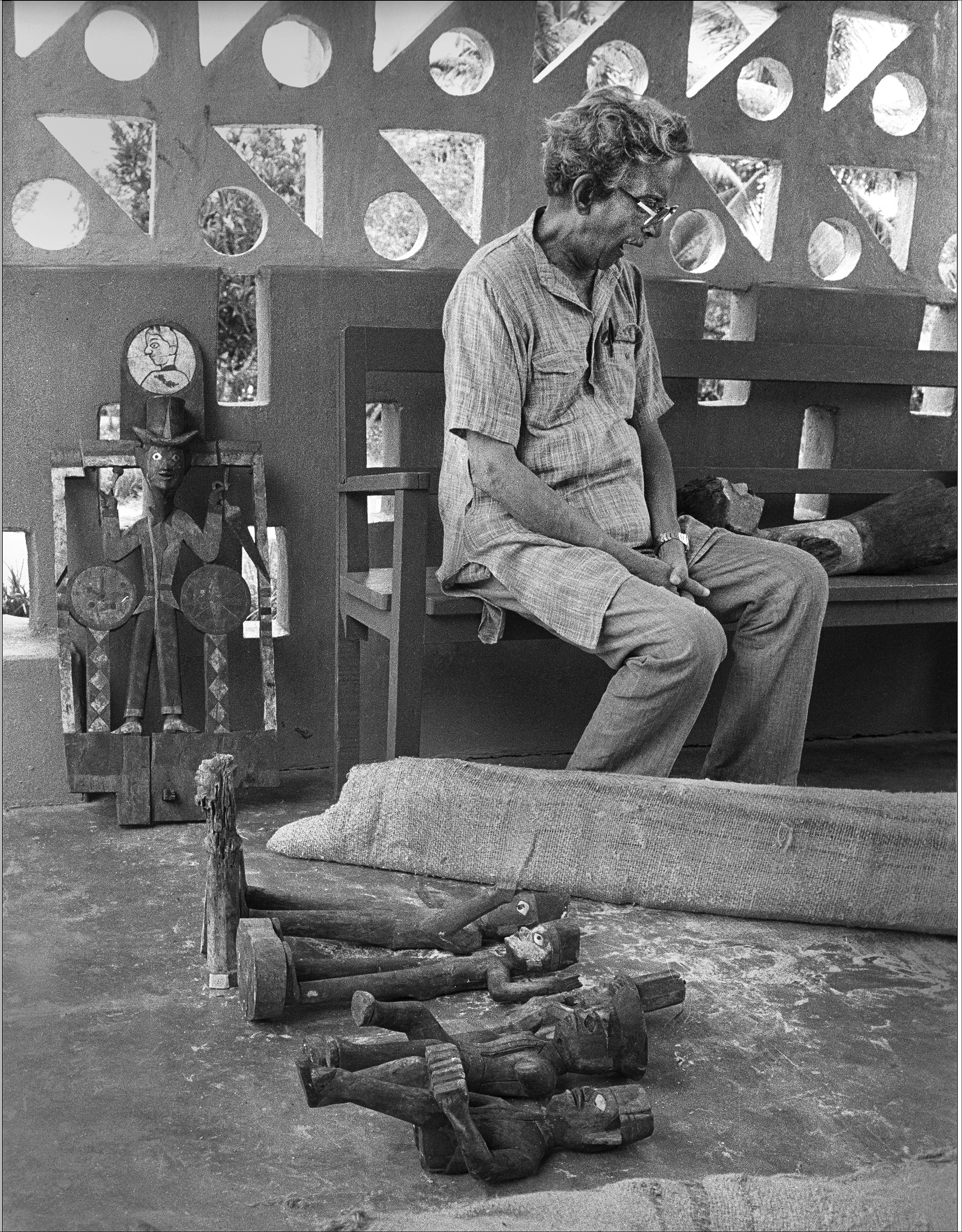 Sankho Chaudhuri was born in 1916 in Santhal Purganas, Bihar. He completed his Bachelor of Arts from Santiniketan in 1939, after which he further studied under the guidance of Ramkinkar Baij and received a Diploma in Fine Art with distinction in Sculpture from Kala Bhavana, Santiniketan. Baij remained a very influential person in his life and helped him shape his own individual style.

In 1949, he went on a study tour of Europe where he worked in Paris and England and visited art centres of Italy, Switzerland, Belgium and Netherlands. He constantly strove to experiment and innovate with material, style and technique. The Sculpture Department activities at Vadodara began with Chaudhuri coming as a ‘Reader’ to the Faculty of Fine Arts.

He was the 1st Honorary Joint Secretary of the Indian Sculptors Association, Mumbai and received the Padma Shri in 1971. He passed away in August 2006 at New Delhi.