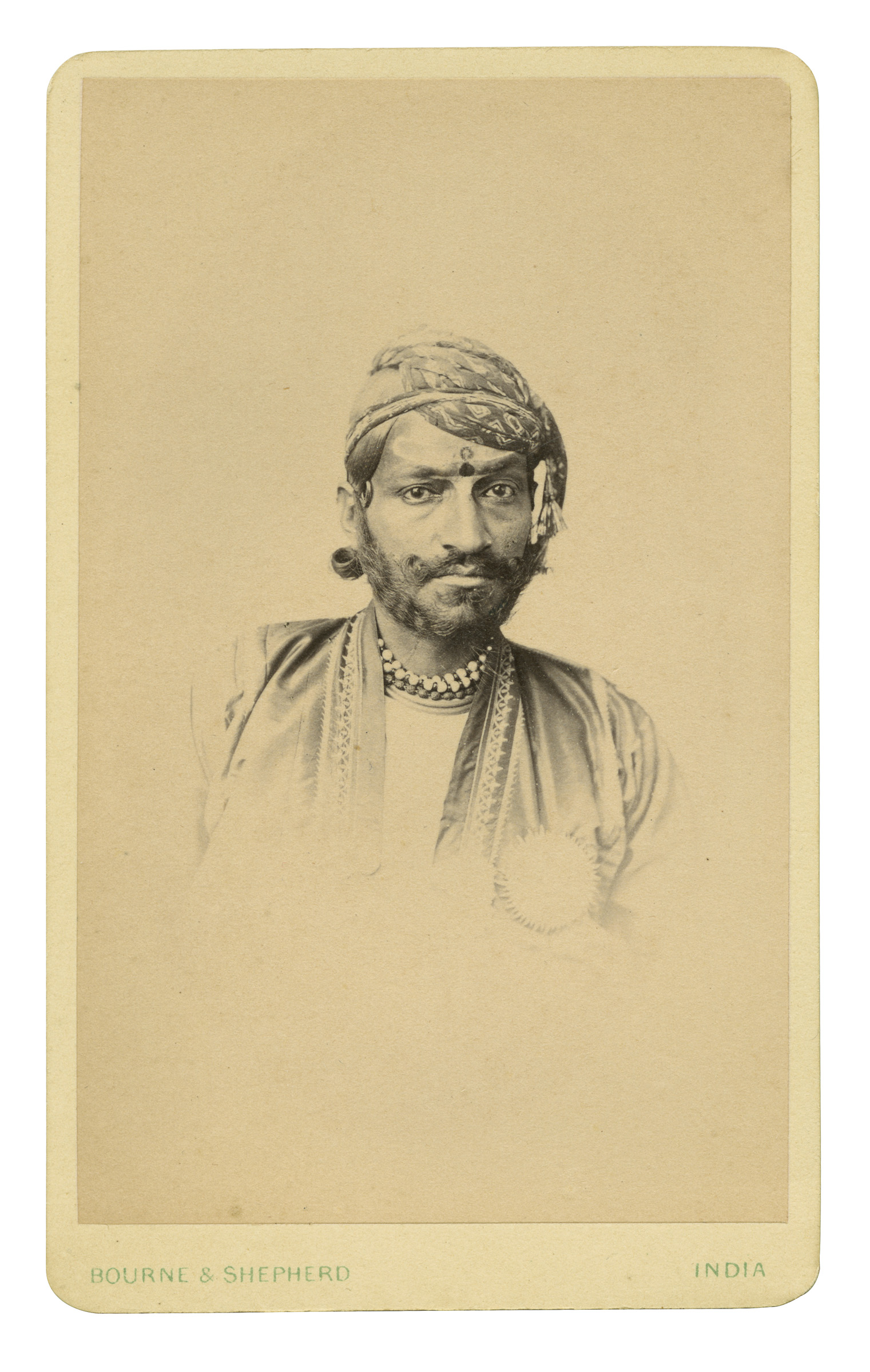 Inscription: HH the Maharajah of Jeypore

Ram Singh II, was hardly two years old when he was made the Maharaja of Jaipur. Initially, a regent was appointed to him, who continued till Ram Singh turned 18 years old.

He is popularly known as India’s first ‘Photographer Prince’, who had both a passion and a skill for the art of photography. He built 127 miles (204 km) of the Agra–Ajmer road and the Ram Niwas Garden, after being inspired by the Eden Gardens of Kolkata. He also set up an all-girls school in 1967 in Jaipur, and was a member of the Bengal Photographic Society.

Ram Singh married 12 times in total but had no kin. Thus, he appointed Madho Singh II, the second son of the Thakur of Isardha as his heir. Ram Singh died on 17th September 1880.

This photograph of Ram Singh II, looks like taken from a larger picture and then cropped, as here we can just see the face of the Maharaja. He is wearing an embroidered cape, necklaces and a turban made from printed cloth with a jewel band tied across it. One can also see a faint badge on his chest.