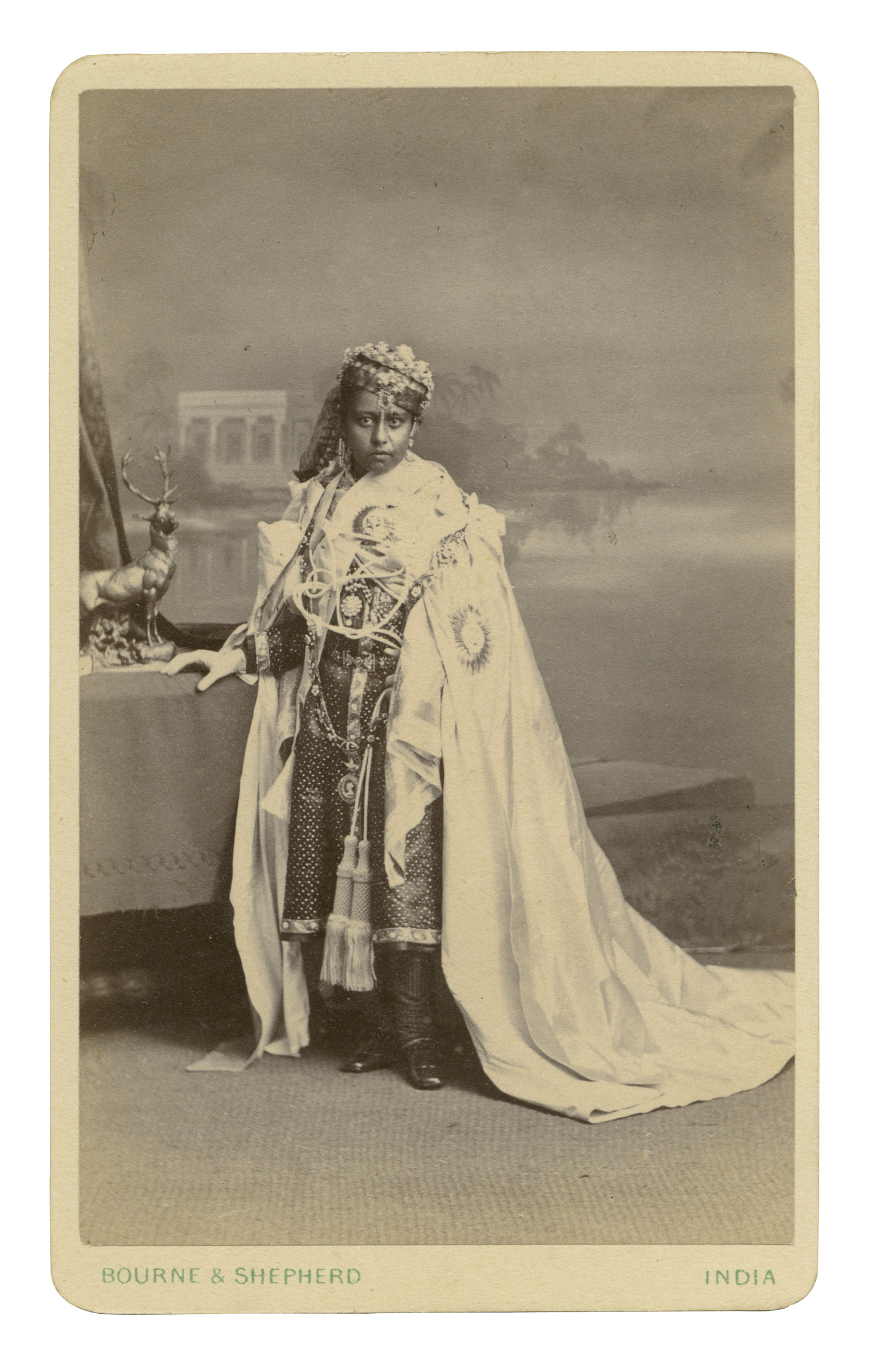 Inscription: HH the Begum of Bhopal

In May 1871, Shah Jahan Begum married Maulvi Sayad Sidiq Hussain. She started the first day-school in 1860, founded two girl’s schools and 76 primary schools by the end of her reign. She was instrumental in building the Qasr-e-Sultani Palace (which is now Saifia College) and the Taj-ul-Masjid mosque. During her reign, she obtained the sanction to establish an Opium agency in
Bhopal in 1879.

Shah Jahan died on June 16th 1901 and was succeeded by her daughter Sultan Jahan Begum, who was born on 9th July 1858.

This is a photograph of the Begum, plausibly clicked in her formative years when her mother was a regent. She is wearing a floor-length cape, a jewelled headpiece, and a dress over leggings. She stands with one hand resting on a table holding a sculpture of a deer.