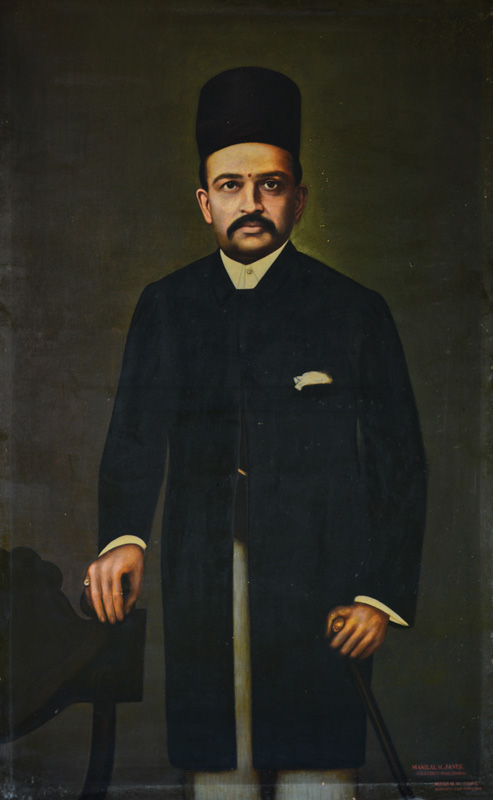 The portrait culture in India was so popular that many artists sprang up in different parts of the country. It was a means to earn money, fame as well as recognition. But, history is selective and
documents only artists which are great or had gained fame. There was lack of an archival system and mediocre artists or regional artists who did not have the right patronage got faded away. One such artist is Manilal Janee who hailed from the Saurashtra part of Gujarat. Though not known, he made a lot of portraits for the Rajwadas of Saurashtra and probably earned more than his famous counterparts. He must have had an establishment in Mumbai where he made this portrait.

Laldas Maganlal, was a Gujarati businessman, who migrated to Mumbai in search of work, did a job for two years and then later established his own business. This made him acquire wealth and a status in his community. He was also conferred the title of J. P. (Justice of the Peace) by the Britishers. These titles were given to a man of repute in the community who assured peace and also as a justification of excluding Indians from positions of trust and responsibility in the Raj. This also guaranteed staunch loyalism to the British by the Indians on whom the title was conferred.