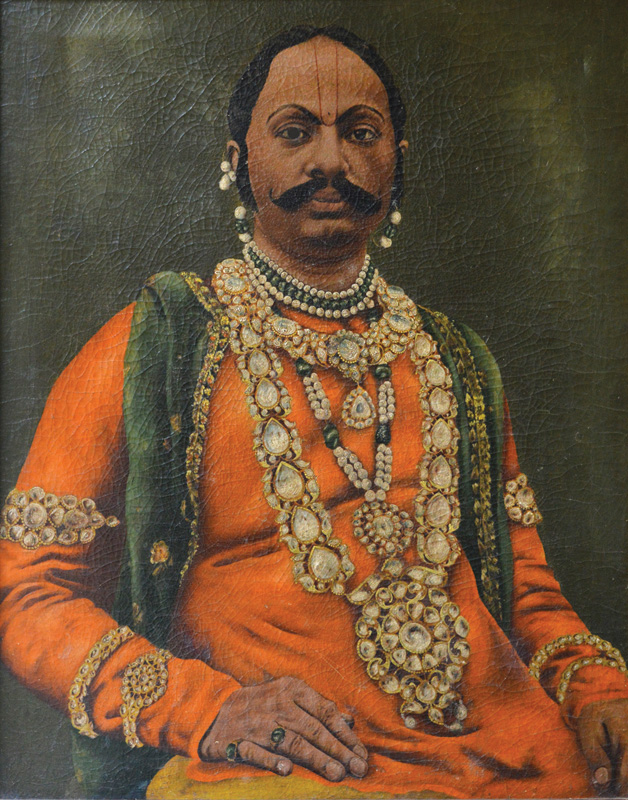 by Nathdwara artist
circa 1900

Miniature painters used cloth as a medium to paint and used intricate patterns and ornate designs in their paintings. However, the popular taste that was commanded by Ravi Varma influenced many artists to paint portraits using canvas as a medium. The use of oil was also new to the painters as they were used to traditionally made water-based colours. This portrait by a painter from Nathdwara uses oil and canvas for the portrait instead of the cloth. A demand for such works must have arisen throughout the noble families post Varma’s visit to Udaipur and many artist from Nathdwara started doing such portraiture.

Balkrishnalalji was a very strong personality and had a fine taste in the arts. He wrote poems using the pen name of Krishna and Kanha and also participated in plays. He is attributed to collecting many paintings and photographs of aesthetic and historical importance as well a lot of philanthropic activity during his reign. We can see the reflection of his penchant for jewelry and his courageous persona in this portrait.