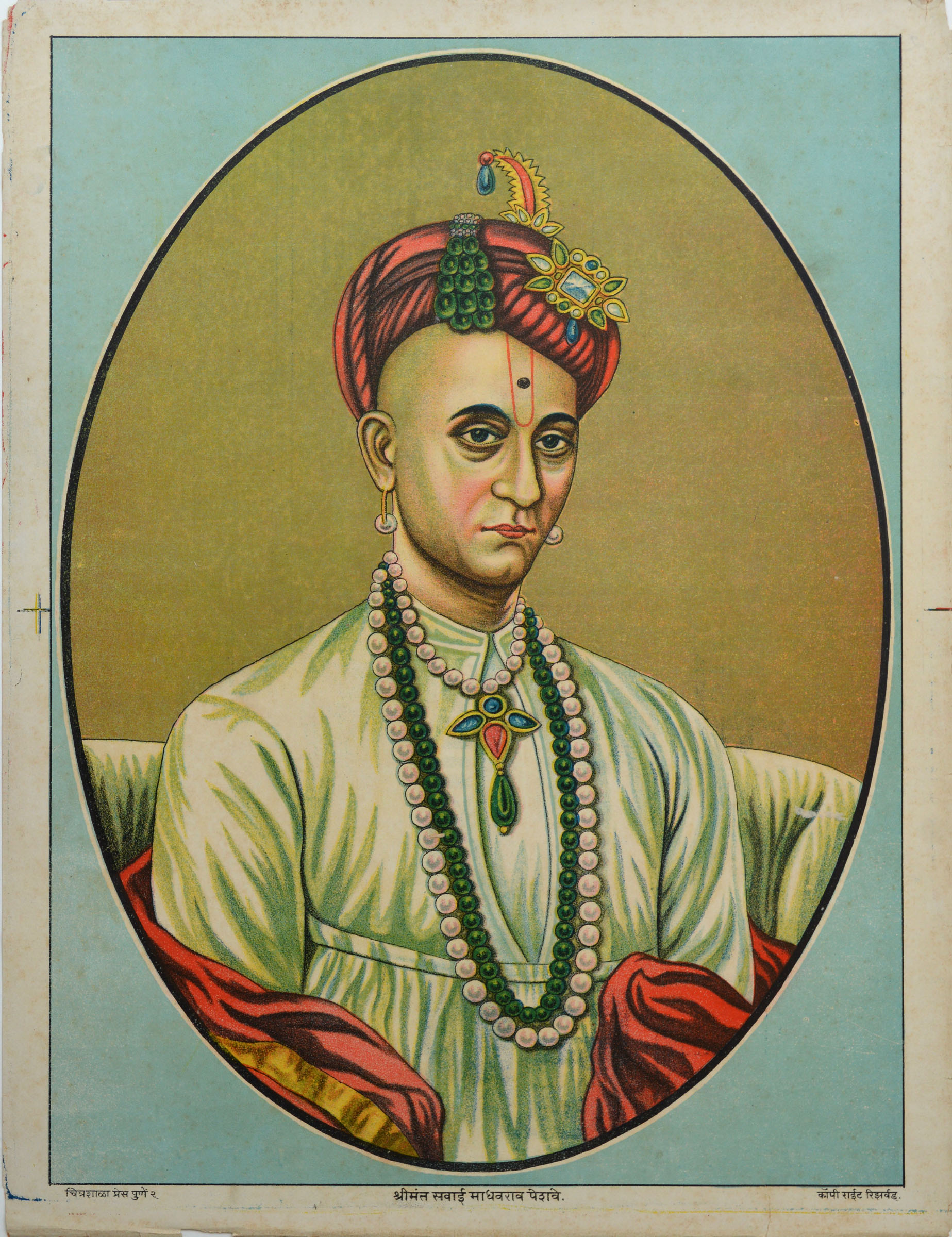 Shrimant Sawai Madhav Rao II became the 7th Peshwa when he was an infant. The son of Narayanrao Peshwa who was murdered in 1773, he was considered the legal heir and installed as Peshwa in 1782. This era was dominated by the political intrigues of Nana Fadnavis, Prime Minister of Peshwa, and saw the resurgence of Maratha power in North India.