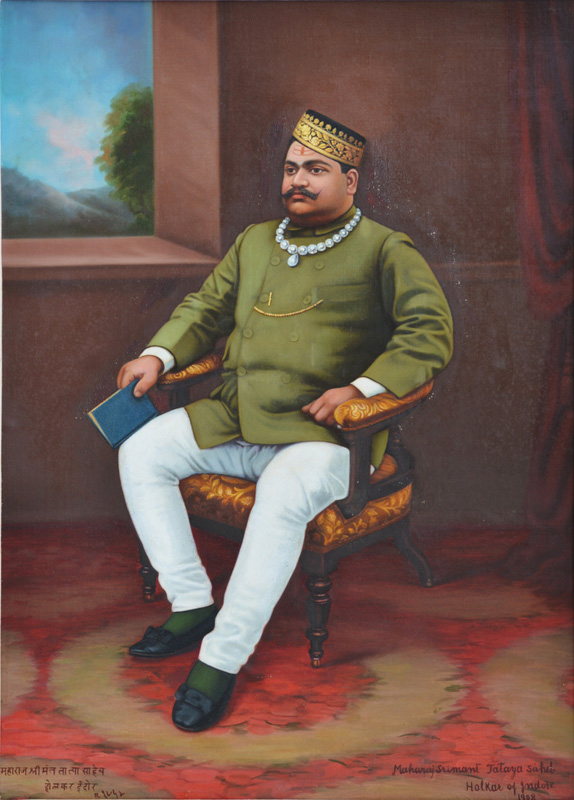 Dattaray Damodar Deolalikar, was born in the Malwa region and was instrumental in beginning art training in Indore and Gwalior. He is also attributed to teaching thousands of students and some of the known names in the art fraternity like M. F. Husain, N. S. Bendre, Manohar Joshi, Vishnu Chinchalkar, etc. He studied at the Holkar College in Indore and then learnt art from the Sir J. J. School of Art – Bombay. He left Mumbai and settled in Indore and did mythological paintings, landscapes and portraits. He also established the Indore School of Art and promoted it widely for almost 23 years. As a teacher he never forced or pressurized his students and allowed them the freedom to paint all kinds of paintings. Deolalikar was a man of principles and had a bias towards the traditional Indian way of paintings.

The Holkar dynasty ruled the central part of India, initially as Maratha Rajas and the later as Maharajas of Indore till 1818. Later they ruled as one of the many princely states under the British rule. Since Deolalikar was based out of Indore he might have painted a lot of portraits of the Royal Family, especially the rulers. This portrait might have been one of the many that he made. A book in the hand of Maharaja indicates that he might be educated and would have also patronised Deolalikar’s Art Institute.