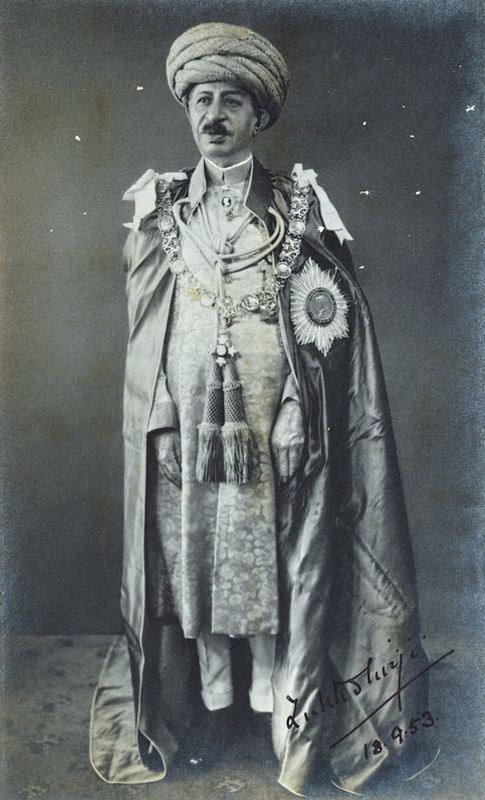 Maharaja of Morbi state between 1922 and 1957. He was educated in England and India and succeeded the throne on the death of his father. He was known for welfare work in his state, which included building infrastructure services, undertaking industrial development and expanding the rail network. Later in 1953 he signed this photograph.