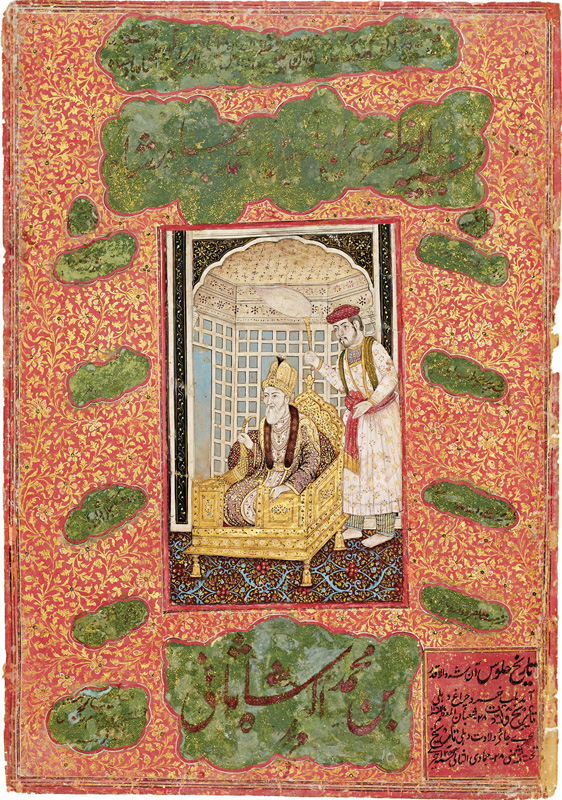 Bahadur Shah II popularly known as Bahadur Shah Zafar ruled India for namesake only. He possessed neither army nor wealth and his domains hardly reached beyond the Red Fort. Already in his sixties when he came to the throne, he had spent most of his life in the pursuit of Urdu poetry, of which he was a skilled exponent under the pen name Zafar – ‘Victory’. Strongly drawn to sufi mysticism, he had lived in a comparatively modest style.

After his accession, he continued to devote himself to Mushairas and the patronage of poets such as Ghalib, until history overtook him in 1857. For his nominal leadership of the bloody and tragic Indian Rebellion of that year. Bahadur Shah was deposed by the British, so bringing dynasty of Akbar, Jahangir and Shah Jahan to its pathetic close.

In this portrait, Bahadur Shah is kneeling on a golden throne in the latter days of his age. He is holding a hukka mouthpiece in his right hand while an unknown attendant stands holding a flywhisk. This is the only portrait done from the life where he is shown with a white beard.