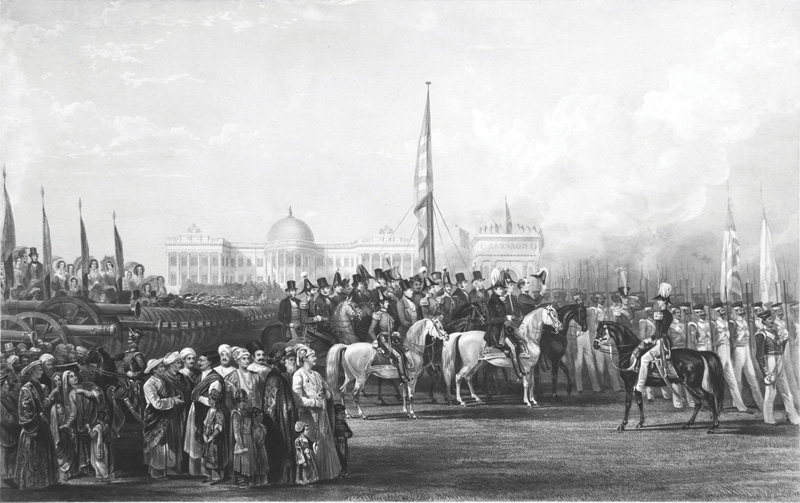 The Triumphal Reception of the Sikh Gun

On winning the first Anglo Sikh war, Sir Henry Harting ordered all the guns taken from the Sikhs to be sent to Calcutta, and gave directions to the Deputy Governor to receive them with due honour & ceremony. Grand preparations were accordingly made by the Deputy Governor, Sir Herbert Maddock. Triumphal arches were also erected. In front of the Government House, the Deputy Governor, with Sir Harry Smith, the hero of Aliwal, on his right, the Several Members of Council, and other officials, assembled on horse back. The guns – 250 in number – were arranged in a line. At that time done, this was the largest engraving ever known. 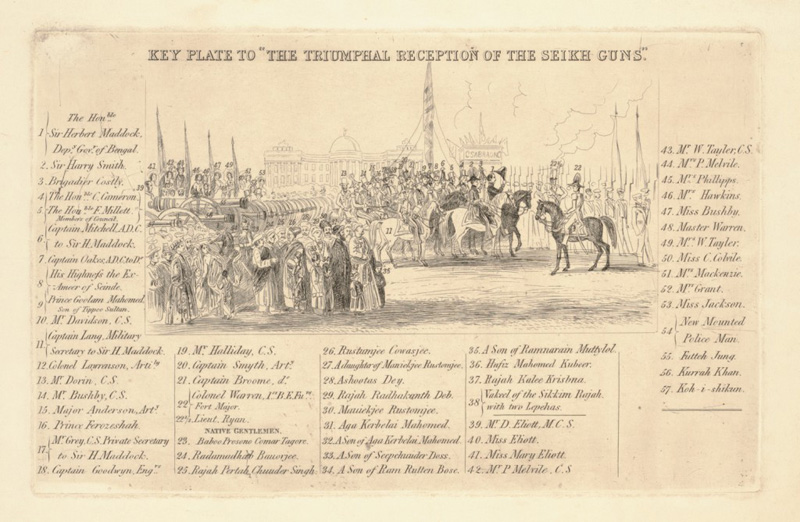 Key plate to the engraving