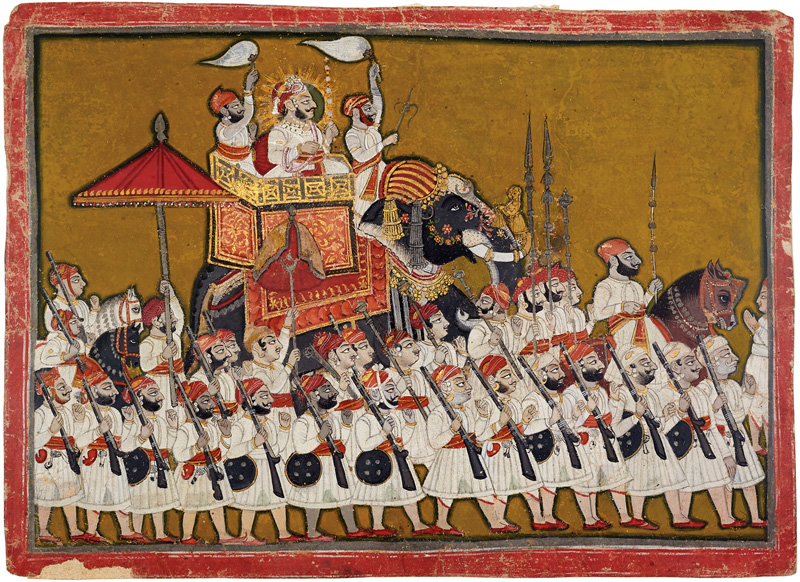 Goswami Damodarji Maharaj, popularly known as Dauji II, is shown in an elephant procession with a number of courtiers and soldiers. All the Goswamis in Kotah, Nathdwara and other places became influential enough to maintain their own armies for the safeguard of their region against repeated Mughal and Maratha attacks.

This is possibly one of the many paintings which depict the procession of Dauji II in Kotah which was arranged and attended by Maharao Kishor Singh himself as a gesture of acknowledgement.

First row in the procession is of infantry and all the soldiers are holding guns in their hands followed by soldiers holding javelins and spears, while the last row includes all the courtiers (a few riding caparisoned horses). The Goswami appears in royal paraphernalia with a large radiating nimbus around his head, seated in a golden howda placed on a decorated elephant. Two small golden dancing female idols are decorated on elephant’s tusks.