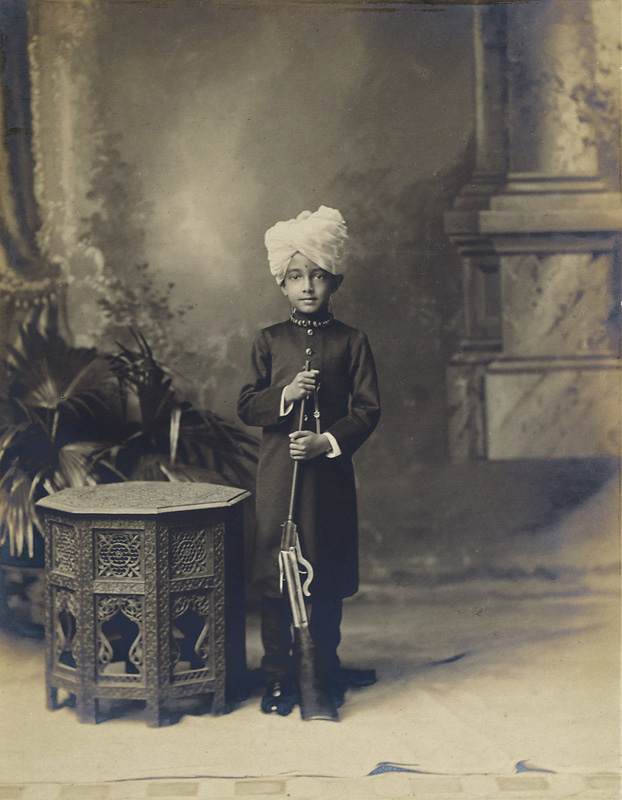 A Prince is posing in a studio against a painted background, holding an unloaded gun. Among the Western photographers who settled in Madras in the late 19th century, the Germans E.U.F. Wiele and Theodor Klein became remarkably successful and famous. Later they also opened their branch in Ootacamund.