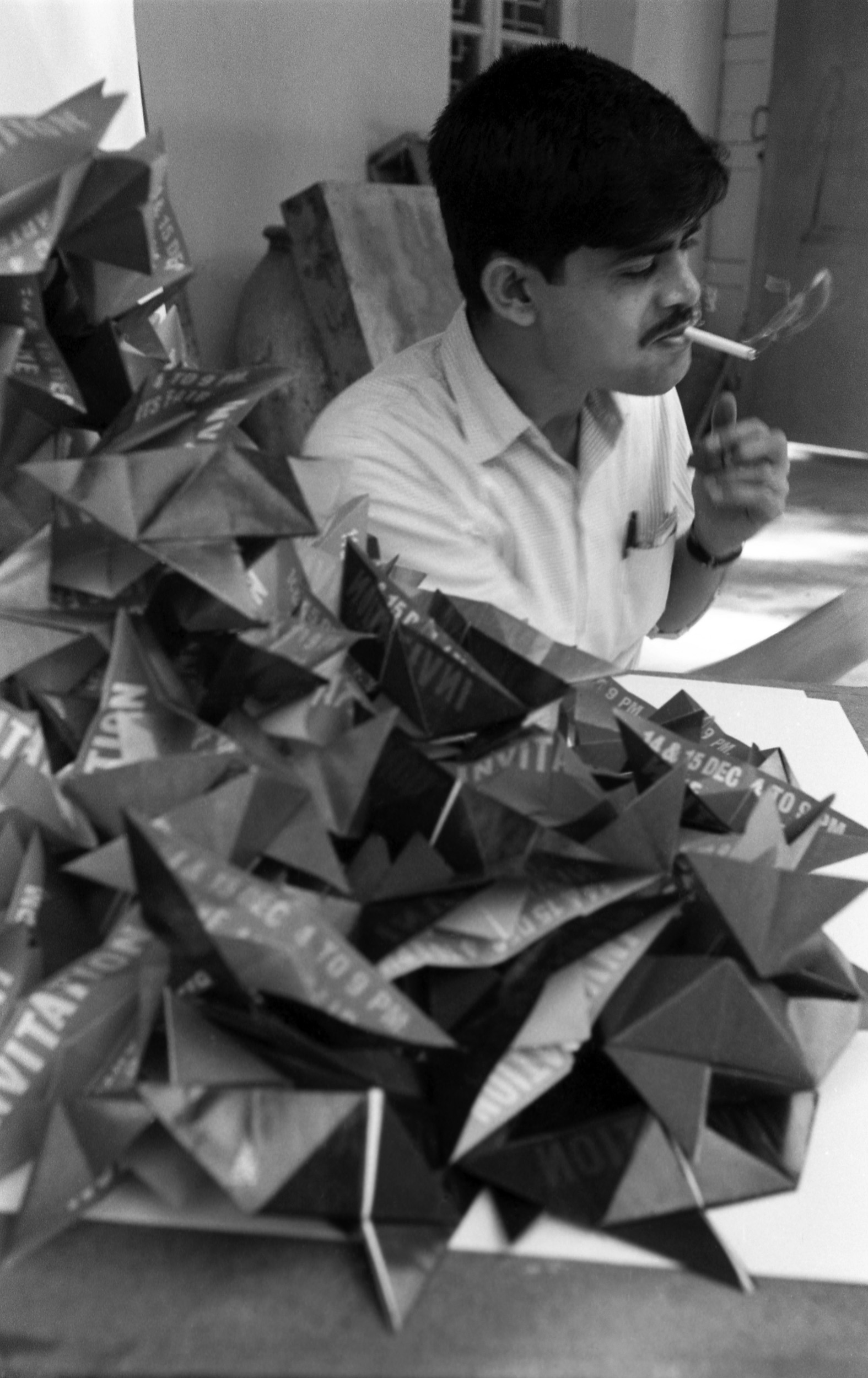 Vinod S. Patel was born in Vaso village near Nadiad in 1938 and did his graduation in fine arts from the M S University, Baroda and the Central School of Arts and Crafts, London.

He taught at the Department of Graphic Arts and later became the Head and Dean of the Faculty of Fine Arts at M S University, Baroda.

He also won many prizes in graphic design for his work from the Government of India. He participated in many group shows at Mumbai between 1978 to 1984. He also exhibited at the National and State Lailt Kala Exhibitions. He was one of the artists who exhibited in the “Painters with a Camera” show in 1969 alongside many of his contemporaries. He also won the world print Competitions from the California College of Arts and Crafts.

He lives and works in Vadodara.