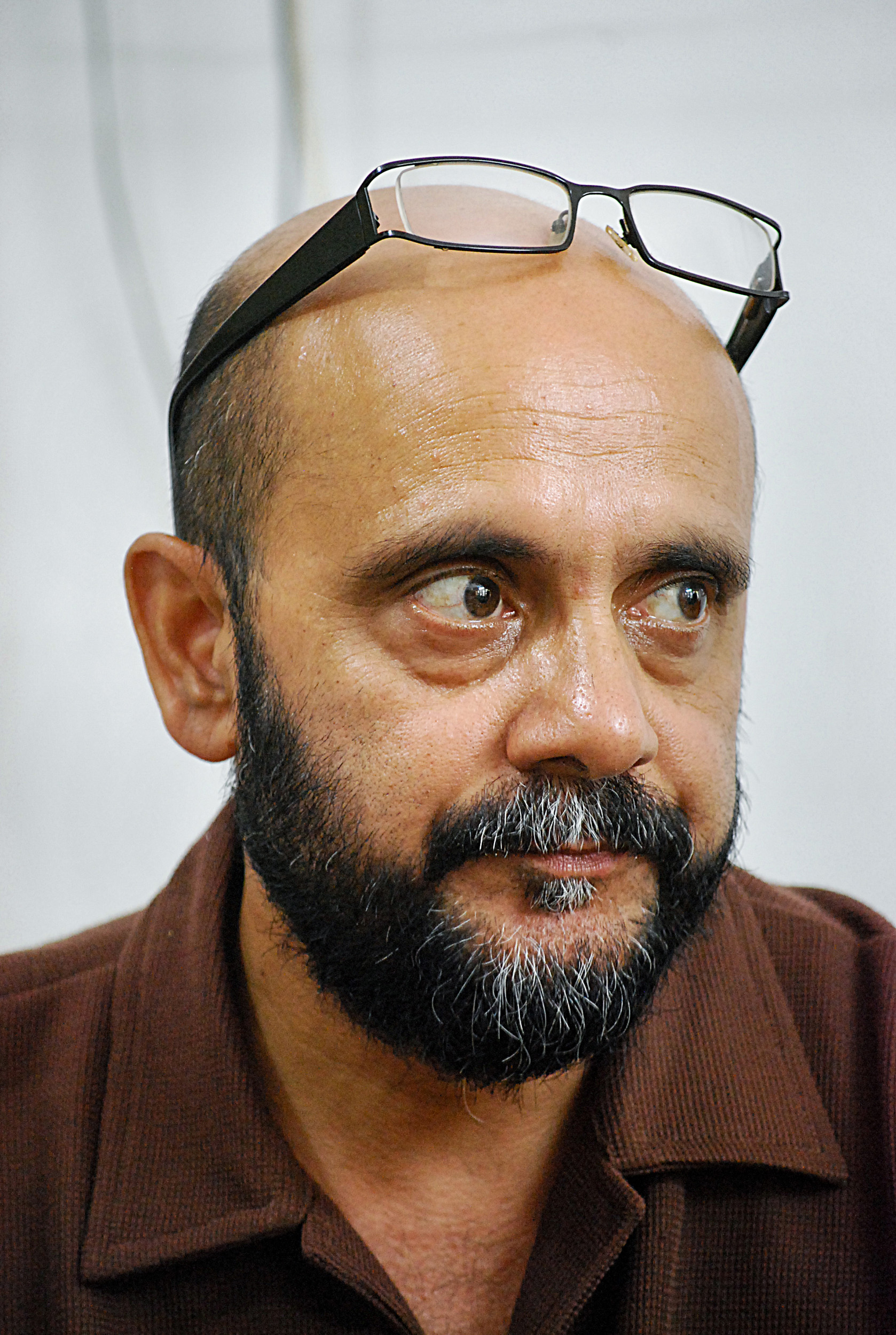 Veer Munshi was born in 1955 in Srinagar, Kashmir and did his BA from Kashmir University, and a BFA in painting from the M S University, Baroda.

Munshi was forced to migrate to Delhi in 1990 and this fear and anguish of Kashmir is depicted boldly in its true colours in his work. He released his anger and tension through his artwork and showcased the bitter nostalgia of him being an “outsider insider”. He has also tried to bring the art of papier-mâché into his work, to make it more interesting and Kashmir-centric. He works in oils and sometimes sketches in charcoal. Munshi’s art is influenced by his extensive travels; in countries like Cambodia, China, Egypt, Greece, Kenya, etc.