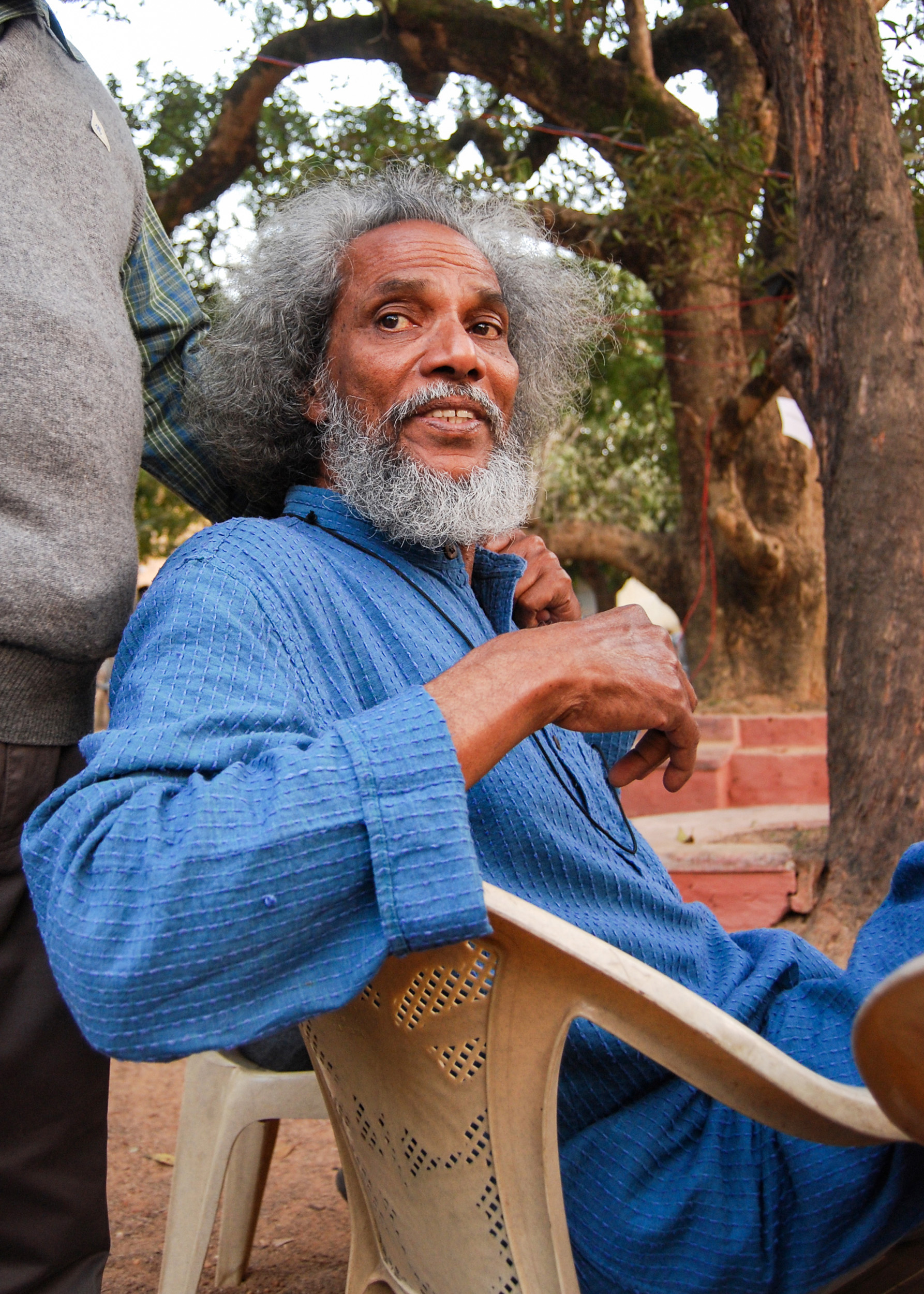 Velu Viswanadhan was born in 1940 in Kollam, Kerala and studied at the art academy in Madras. He is one of the founders of the Cholamandal artists’ village and was greatly influenced by his teacher KCS Paniker.

In 1968 he moved to Paris, and joined the Galerie de France, where he still lives and works. Viswanadhan looks at his work as an individual journey and an exploration. Though his early work is figurative, he evolved his vocabulary through experiments with abstract and geometric forms. In the late 1960s, Viswanadhan, inspired by the geometrical ritualistic-magical diagrams of his native Kerala, began to explore the visual language inherent in them. This theme returns in his work time and again, with gradual evolution of form and colour.

He works mostly on paper, canvas and metal plate. The practical considerations like limited space prompted him to use small formats in his work. He has also made a series of films based on the primary elements of Nature: Sand, Water, Fire, Air and Ether. He has participated in the Asian Art Fair, New York, the 15th International Art Exhibition, Tokyo, the Festival International de Peinture, Cagnes-sur-mer, France, among many other solo shows. He was awarded the Chevalier des Arts et Letters by the Government of France in 2005.