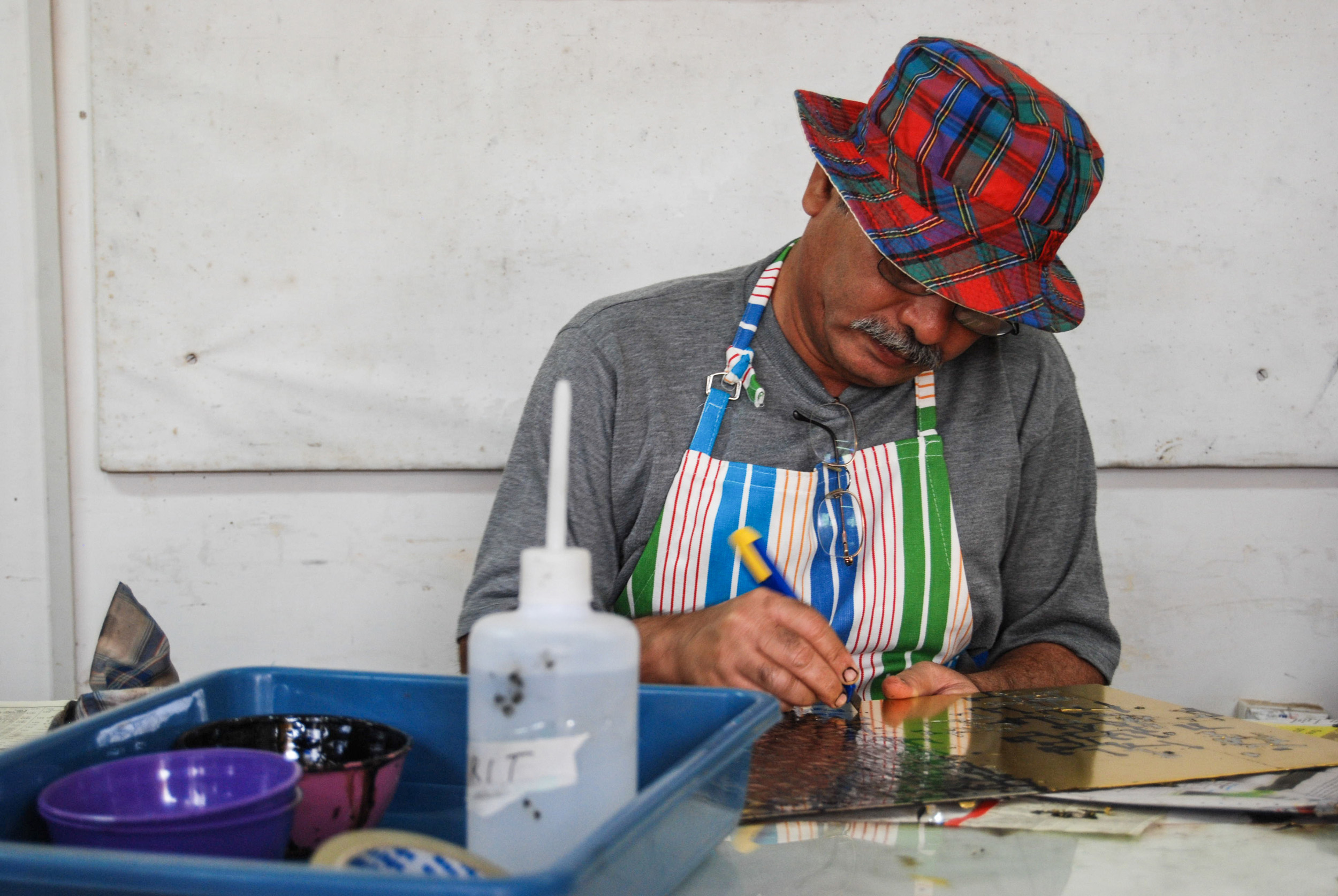 Vilas Shinde was born in 1953 Satara, Maharashtra. He completed his Diploma in Drawing and Painting from the J. J. School of Art, Mumbai and his Post Diploma in Painting from the M S University, Baroda. He went to Paris to study painting at the École nationale supérieure des Beaux-Arts and was then invited to the Glasgow Print Studio, U. K. as part of a link programme. He met his Korean artist wife – Jin Sook in Paris.

Shinde expresses his feelings and concepts with superlative technique and a clarity of intent through forms, which are ambient, levitating or firmly set in his works. He has received the French Government Scholarship and was awarded Senior Fellowship from Ministry of Culture, New Delhi. He has exhibited his work in various shows in Mumbai and abroad. He lives and works in Mumbai.