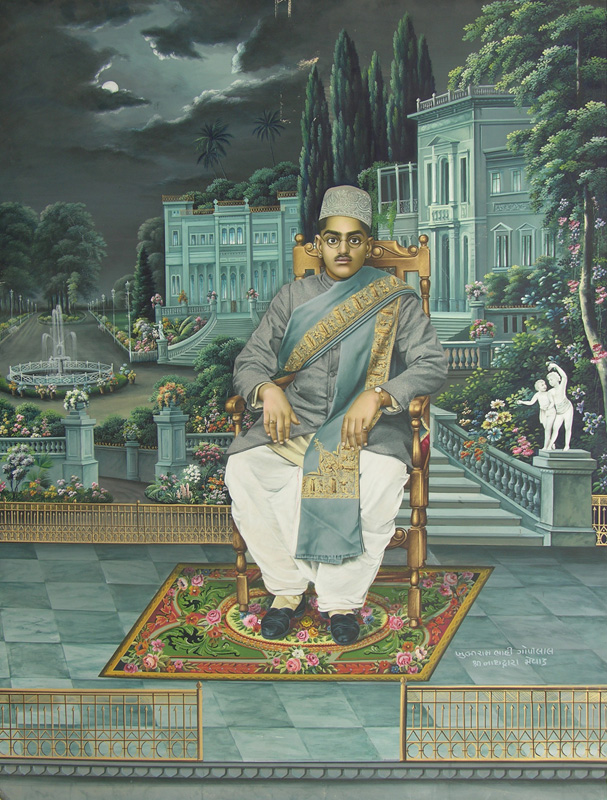 During the early decades of the 20th century, several shops were setup in Nathdwara, catering primarily to pilgrims. One of these partnerships, that of Khubiram and Gopilal, was extraordinarily successful. The two artists/merchants served as middlemen for a large number of painters, generally signing their own names to whatever works passed through their hands. They specialised in Pichwais, Manorath paintings and Krishna lila scenes set in European-influenced landscapes. The Bhatia’s, a wealthy merchant community from Bombay, stout devotees of Shri Nathji used to come and stay in Nathdwara for extended periods. During such stays they used to get their portraits done by local artists. This portrait is one such commissioned to Khubiram Gopilal by a wealthy merchant & pilgrim possibly from Bombay.

In this portrait, you can see the merchant sitting on a European carpet wearing traditional Indian clothes. The backdrop is a highly influenced European style mansion with a water fountain. During that period prints and postcards were available with European landscapes, artist used to use these landscapes as their backdrops for many of their paintings.