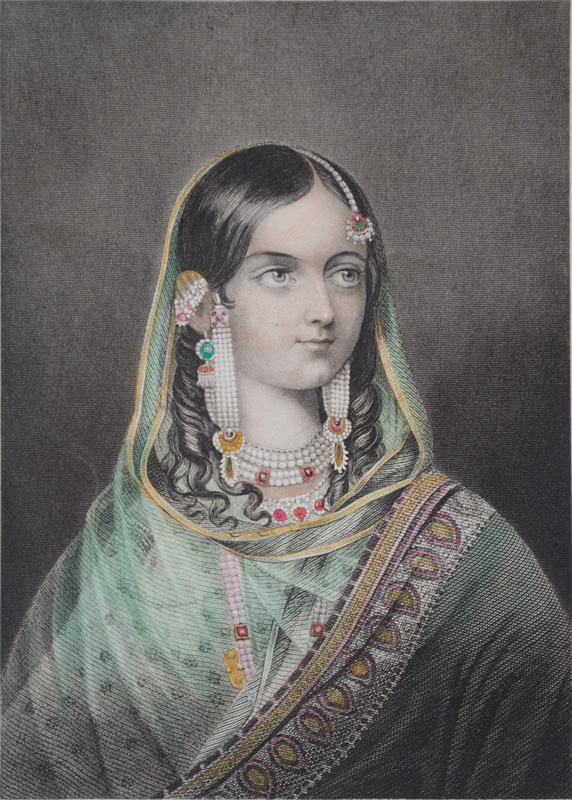 She married Bahadur Shah Zafar at Delhi in 1840 and greatly influenced the emperor. After the rebellion of 1857 her husband was deposed by the British, bringing the Mughal empire to an end. She was exiled to Rangoon with her husband.

Steel engraving published by the London Printing and Publishing Co. Ltd., after a miniature painting on Ivory by the court painter of Delhi, later hand coloured