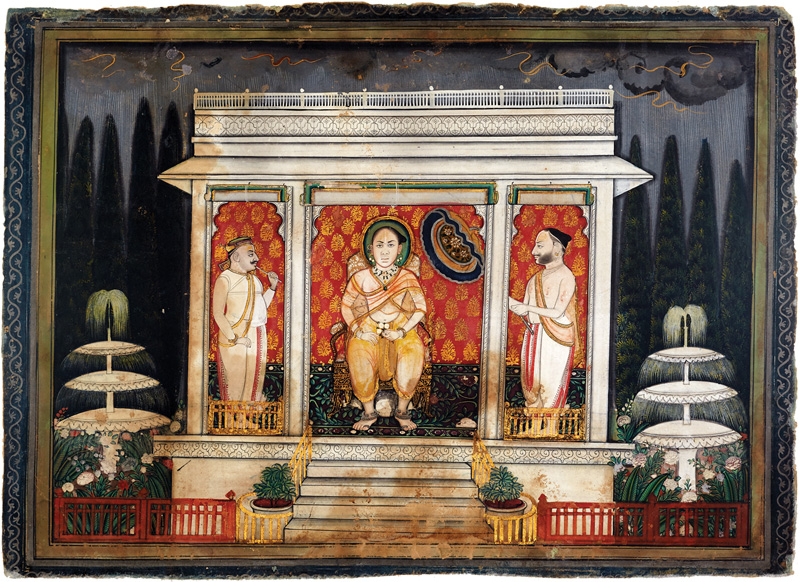 A Goswami enjoying monsoon in a baradari

by Nathdwara Haveli artist
circa 1880 CE

A Goswami seated on an ornate chair inside a baradari (marble pavilion) constructed in a garden gives a glimpse of the lavish lifestyle followed by Goswamis and their families. Following
the Libel case of 1862, the pompous and exorbitant lifestyle of Goswamis had come in question. Leaders of Pushtimarg had come under the critical eye for their misuse of power, political, social and financial status.

An evening scene, where the adolescent Goswami (as apparent from his sprouting moustache) is shown enjoying the downpour. He has a green-golden nimbus around his face and is served by two attendants. Amount of jewelry worn by the Goswami (especially his thick silver anklets), red backdrop with golden floral motifs (reminiscent of a Shrinathji pichawai), the two marble fountains on the either side of baradari, a well groomed garden with vases and golden balustrade echoes the growing wealth of Goswamis, which ultimately resulted in criticism.