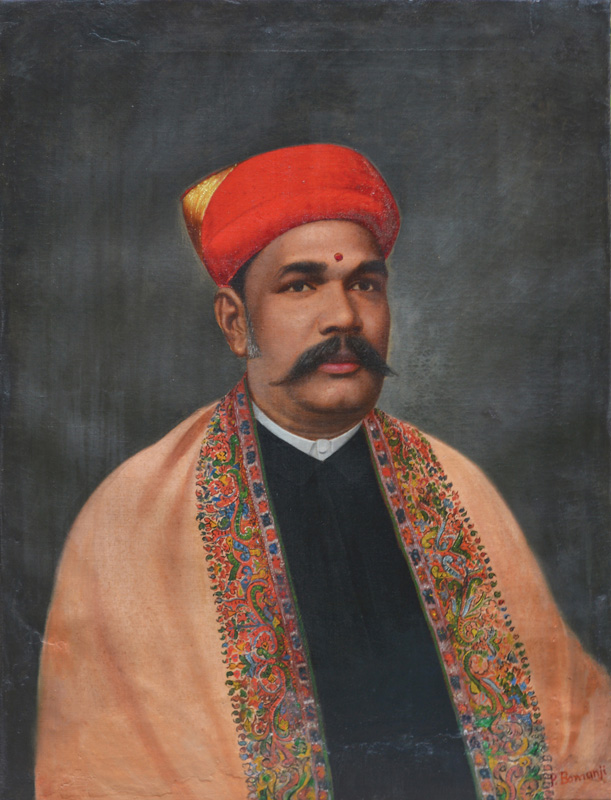 A merchant from Surat

Pestonji became the Sir J. J. School of Art’s first portrait painter. Though his interest lay in sculpting, providence brought him to the principal – John Griffiths notice. Griffith understood his talent and appointed him as a draughtsman on an expedition to the Ajanta caves. He also recommended Pestonji as an apprentice to Valentine Prinsep, a visiting painter, triggering Bomanji’s interest in portraiture.

In this portrait we can see the academic realism that was widespread as well as the skill with which Bomanji worked and executed his subjects.