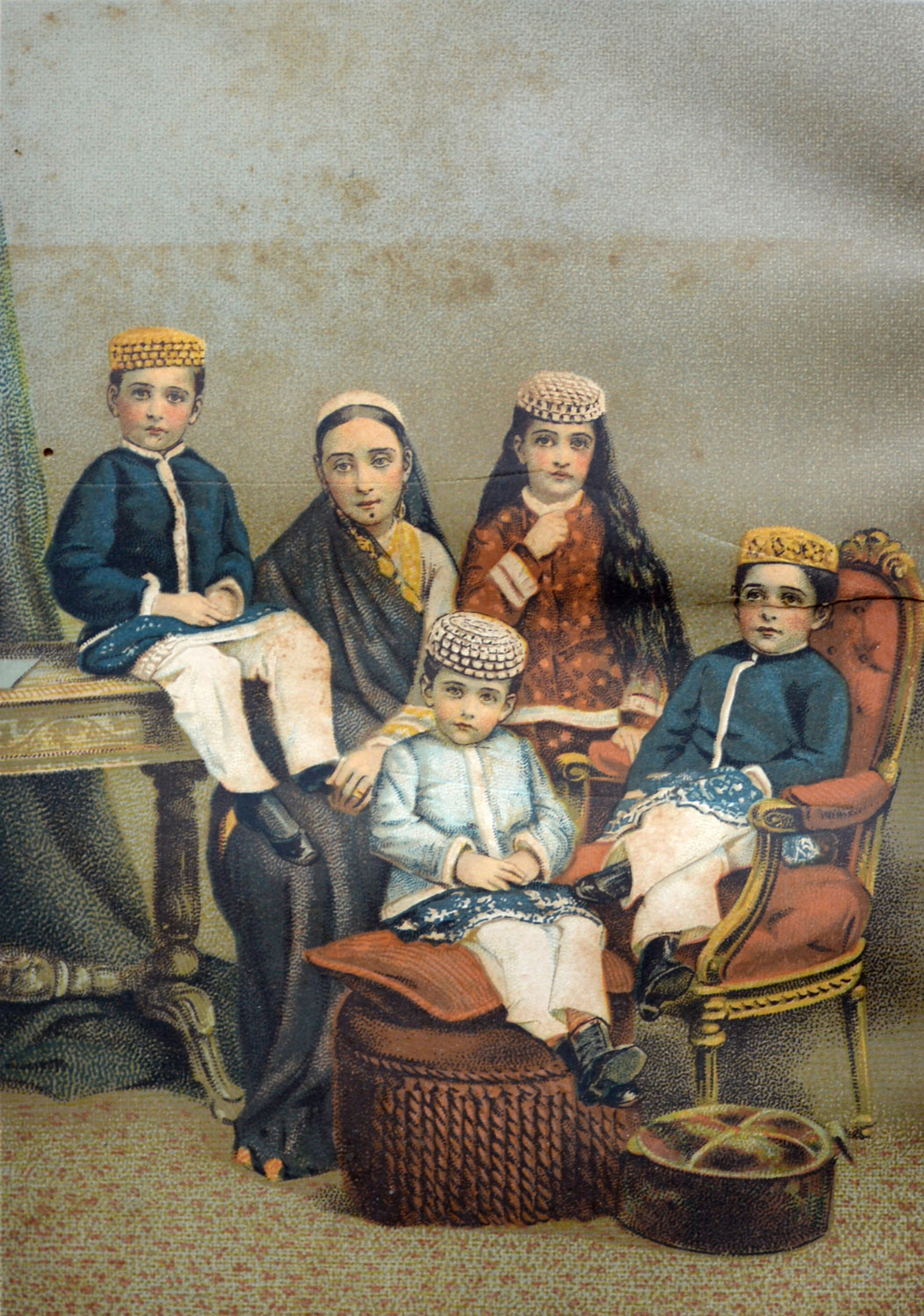 A Parsi mother and her children

by Unknown artist
circa 1884

The costume of the women, though similar in form to those of the Hindoos, usually comprises less vivid colours – pale pink, sea green and lemon. A strange old custom in Parsi society is for the head of both males and females to be always covered. There seems no reason for this other than long usage. The article worn by the women over their hair is known as a mathabana, and resembles a white pocket-handkerchief. While walking the saree or outside garment, is passed round the shoulders and over the top of the head, so that the mathabana is unobserved. The tout ensemble then is very graceful. The children wear a jacket of cloth – cotton or silk; according to the season; but always cut in the same style. The bottom garment is a coloured silk or satin trouser which either reaches upto the ankles or the knees. If upto the knees then the older children wear stockings and shoes of English shape along with it.

Most young Parsi girls have their hair done up in a knob at the back of the head. However, this is merely a matter of taste and can occasionally be allowed to hang loose upon the shoulders. A cap, either embroidered and of similar shape to the cap worn by the male members of the community, always forms part of their headgear, unless a European costume is adopted. The complexion of many Parsi children is very fair and they are fluent in English on account of being educated.