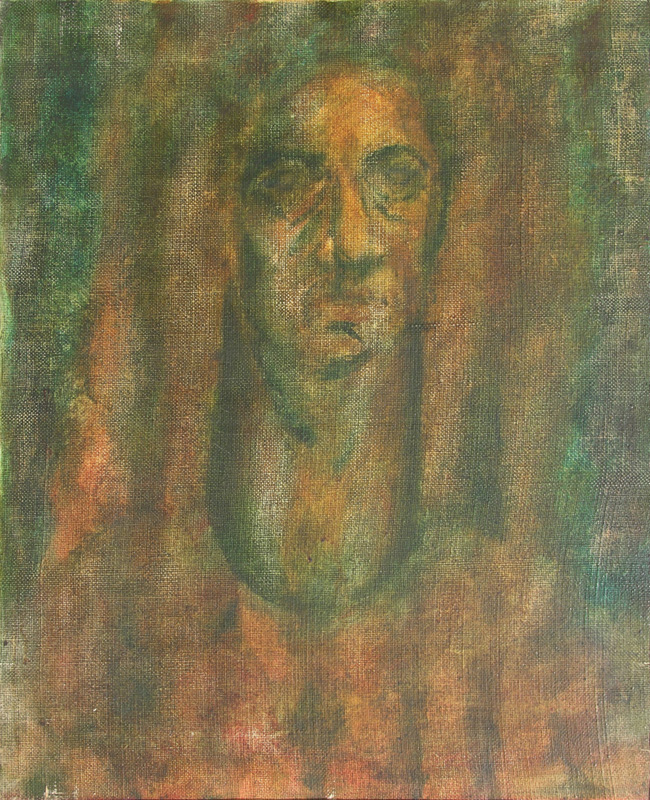 Sudhir Patwardhan considers himself a painter of people. Born in Pune, Maharashtra in 1949, he graduated in medicine from the Armed Forces Medical College, Pune in 1972. Patwardhan, a practicing radiologist, runs a clinic in modest part of Thane in Mumbai. His work centers around the poetically monumental panorama of an urban and natural environment. His paintings are like instant notations from what happens among working-class people on city streets. Patwardhan has continued to evolve his figurative style in expressionist drawings on one hand and large complex oil paintings of towns and cityscapes on the other. Artist’s urbanism has a stronger moral edge. Railway and bus commuters, construction labourers and the famous solitary man in an Irani restaurant are some of his dramatic personae.

In this portrait, he paints the anonymous individual, possibly a migrant, directly confronted by the challenges of the city. The patron may be mundane but is dignified by the effort that he invests in the everyday acts of survival.