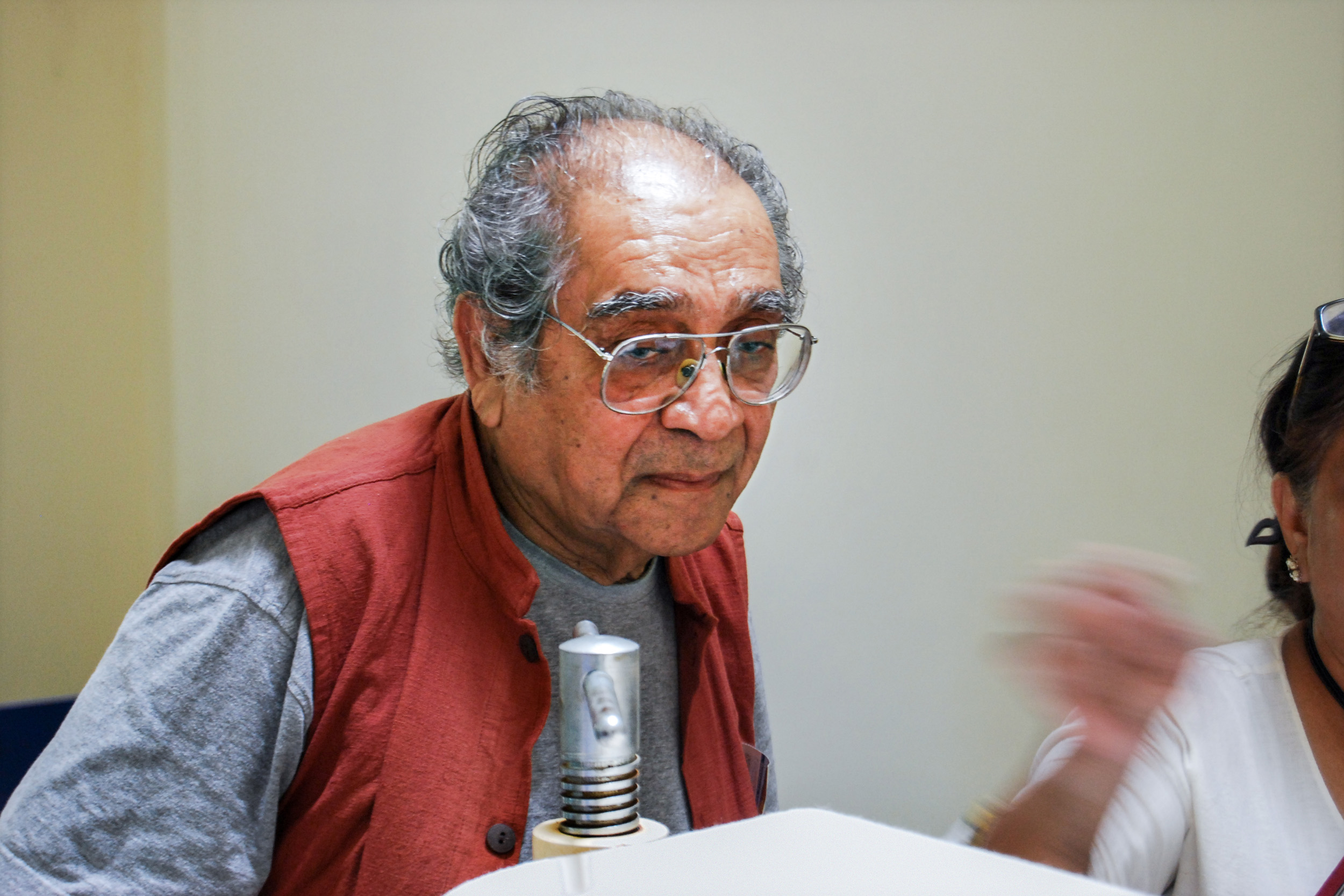 Akbar Padamsee was born in Mumbai in 1928. Padamsee was still a student at the J. J. School of Art in Mumbai at the time when the ‘Progressive Artists’ Group’ announced itself on the Indian art scene in 1947. Historically, this is considered to be one of the most influential groups of modern artists to emerge in early postindependent India. After his art education in Mumbai, Padamsee went to live and work in France in the year 1951. In 1952, he was awarded a prize by Andre Breton, known as the pope of surrealism, on behalf of the Journale d’art. His very first solo show was in Jehangir Art Gallery, Mumbai in 1954, where these early works
were shown.

During his illustrious career, he explored a wide range of mediums, and managed to remain fiercely experimental and individualistic. He has participated in exhibitions held at the Biennales – at Venice, Sao Paulo and Tokyo, Museum of Modern Art, Oxford, Royal Academy of Arts, London and National des Arts Plastiques, Paris. He was awarded the prestigious Kalidas Samman in 1997, the Lalit Kala Ratna Puraskar in 2004, the Dayawati Modi Award in 2007, “Roopdhar” award by Bombay Art Society – 2008 and Kailash Lalit Kala award in the year 2010. In 2010, he was awarded the Padama Bhushan by the government of India. In the last years of his life, Padamsee and his wife Bhanu moved into the Isha Yoga Center, Coimbatore, where he died in January 2020 at the age of 91.