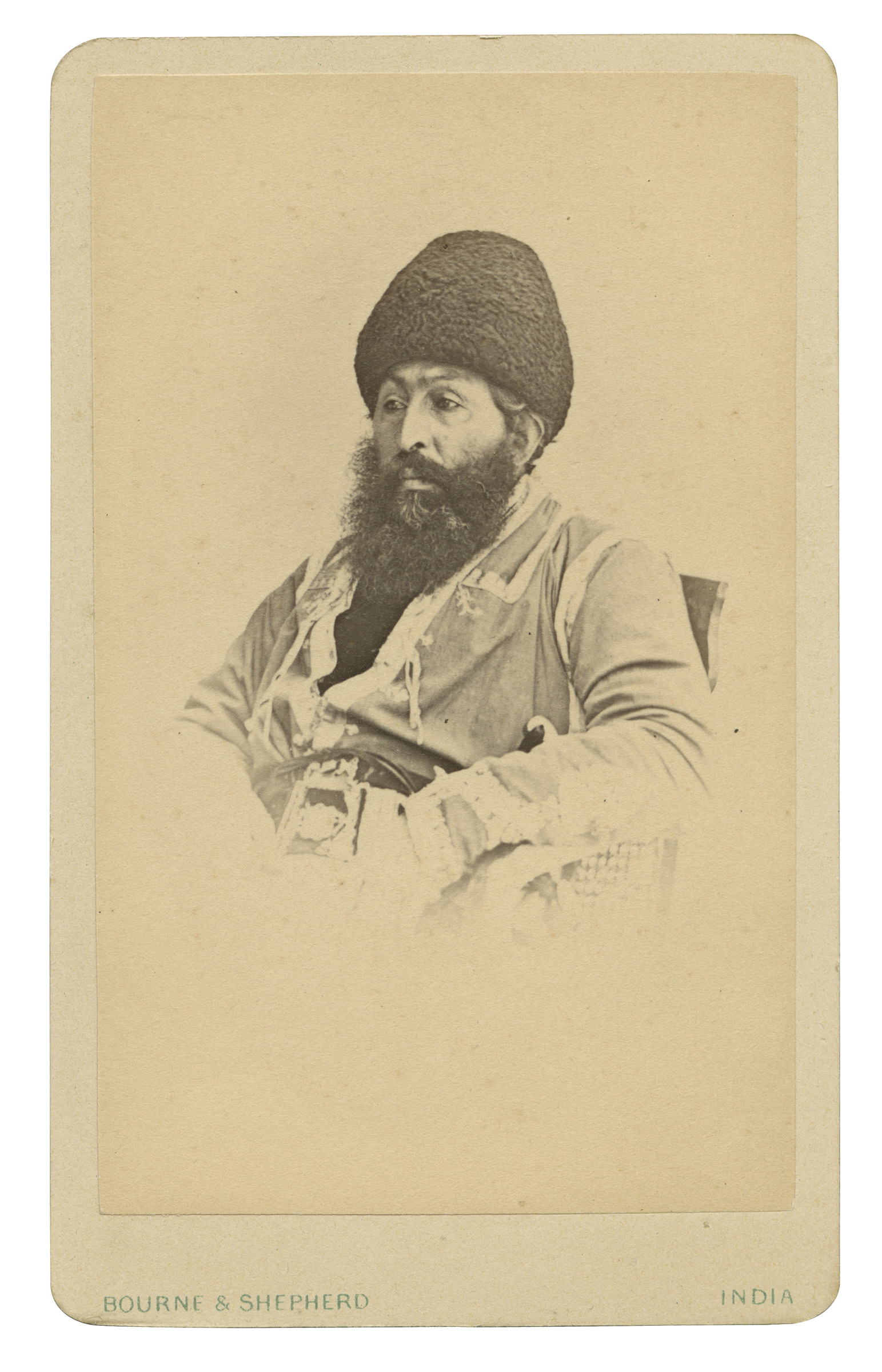 Sher Ali was the son of Dost Mohammed Khan and the founder of the Barakzai dynasty in Afghanistan. He succeeded his father’s throne in 1863 after a lot of family struggles, revolts and civil war. He tried to maintain stability within Afghanistan, as power struggles ensued between Russia and British India.

Sher Ali did not allow his sons to administer provinces and instead appointed governors loyal to him and had a council of 12 members to advise him on matters of the state. He created various ministerial offices, brought about military reform, and also introduced the first postal service in Afghanistan. He was the first Afghan leader who promoted the Pashto language.

During the Second Afghan War, Sher Ali fled the country in order to seek political and military aid from the Russian Empire for the British demands. However, he died in 1879 on the journey, before which he had placed his son, Ya’qub Khan on the throne.

In this image we see the portrait of Sher Ali, seated towards his right and looking in that direction with his hand resting on the arm of a chair which is partially seen here. He is wearing a robe with a slip inside and traditional headgear.