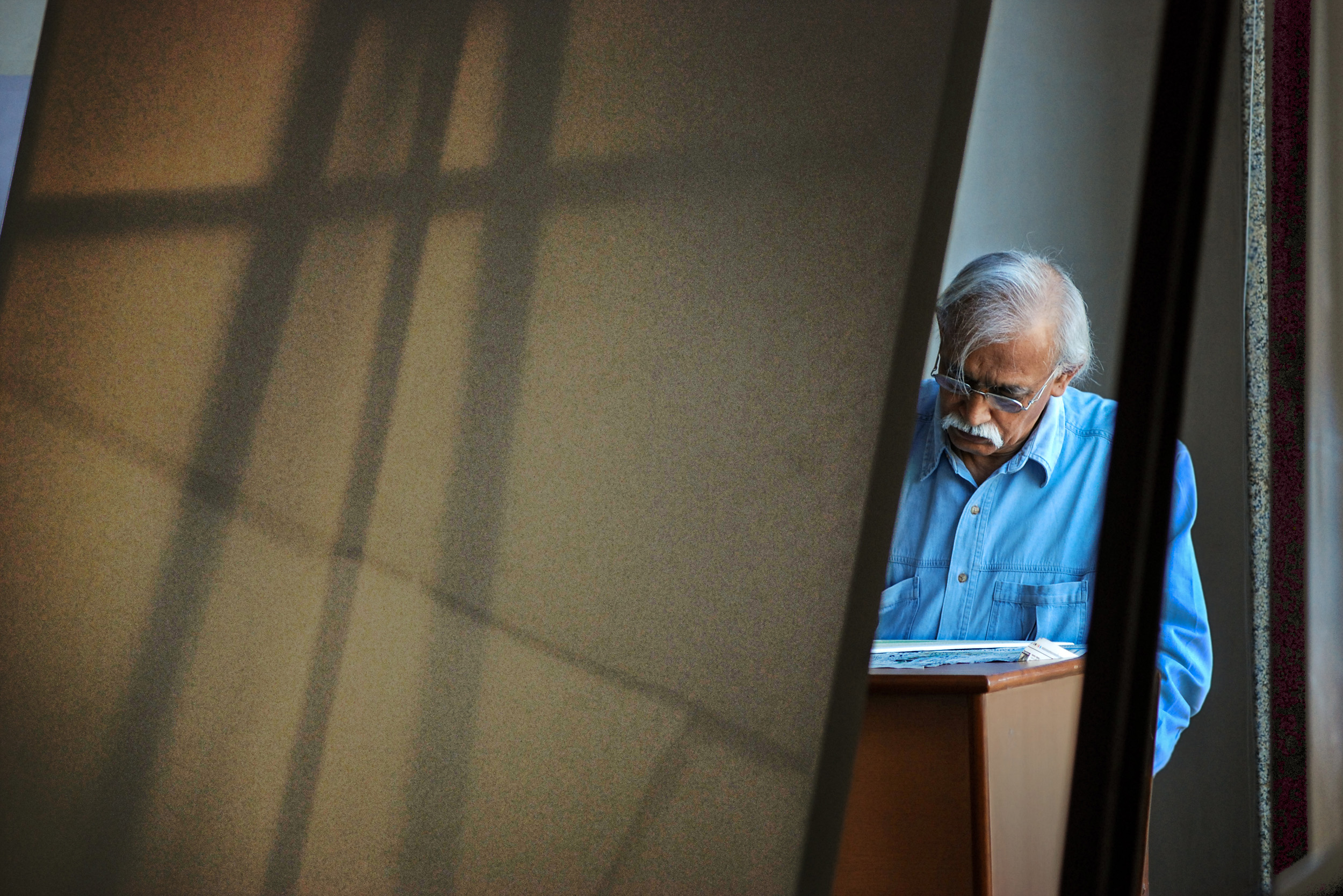 Amrut Patel was born in 1947 in a small village near Ahmedabad. He has a Diploma in Painting from Gujarat and got trained in Fresco and mural techniques at Banasthali Vidhyapith, Rajasthan.

He began his career way back in the late sixties as a lecturer and then joined the Weavers’ Service Centre, Ministry of Textiles. Aesthetic serenity of colours, tonal variations, and the delicately balanced forms often juxtaposed on one another, are the hallmarks of a large number of works done by him. Apart from the several state awards, he has also been honored with the National Award by Lalit Kala Akademi in 1976. In 2004, he curated the prestigious exhibition of National and Triennale Awardees – ‘Swarnarekha’ organized by Lalit Kala Akademi on the occasion of Golden Jubilee Celebrations. He lives and works from USA & Delhi.