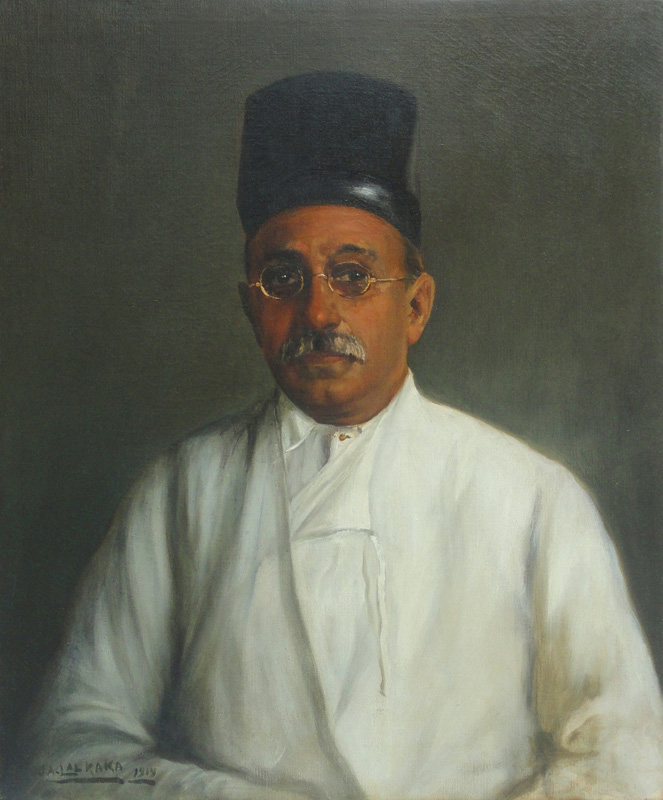 A Parsi portraiture artist whose work displayed all the characteristics learnt under the British art education system, Lalkaka was born in Ahmedabad. He studied at the Sir J. J. School of Art – Bombay and was also one of its first Indian Deputy director. Having a privileged background, he travelled to Europe to complete his artistic education and spent time at the Louvre in Paris. In 1913, he returned to India and set up his own studio in Mumbai to paint portraits of the governing elite, whose patronage he already had been receiving.

He was commissioned by the British government to paint royal portraits, from originals in the Windsor Castle, London, which also turned out of be a turning point in his career. Such was the reach of his art that the portrait of King George V, painted by him hangs at the Buckingham Palace, London.

The portrait is of an importer of piecegoods and sundries from foreign countries. His father was a marine engineer and he travelled with him all along the coast line from Basrah to Colombo. He then moved to Colombo and worked there as rice merchant for seven years. Later he came to Mumbai and started a cafe and post that became a salesman of piecegoods with various trading firms in Mumbai.