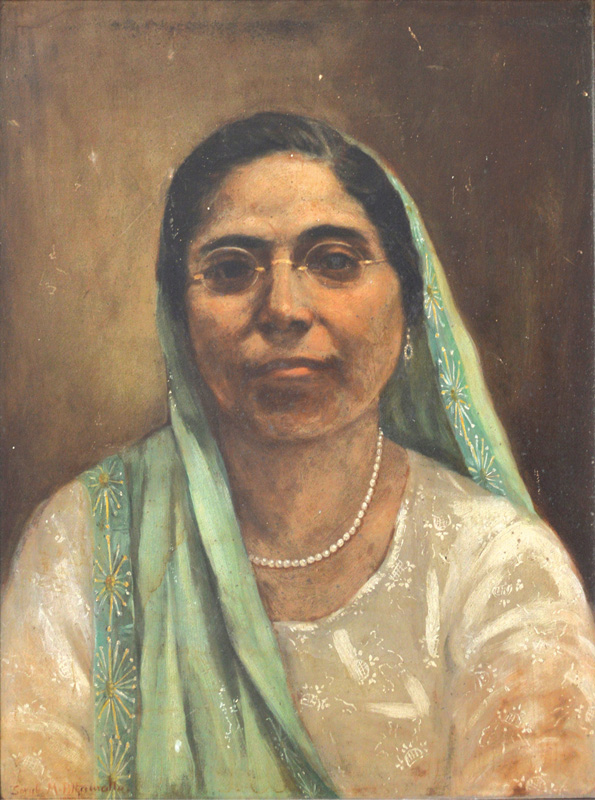 Many artist’s children took up portrait painting and earned a
name for themselves in the art community. One such was Sorab
Pithawala, the second son of M. F. Pithawala. He studied the
art of portrait painting from his father for almost ten years and
won several awards and prizes at various art exhibitions. He had
the skill and a unique proficiency in translating the exact living
likeness on the canvas. Both father and son had a command in
genre depictions-the portrait, indoors, barn life, still-life-without
ignoring the social context. Their works have the props of a newly
emergent bourgeois life that was gaining momentum in India.
Sorab did portraits of both his father and mother. This portrait of
his father is on canvas whereas his mother’s portrait is in the form
of a painted photograph.