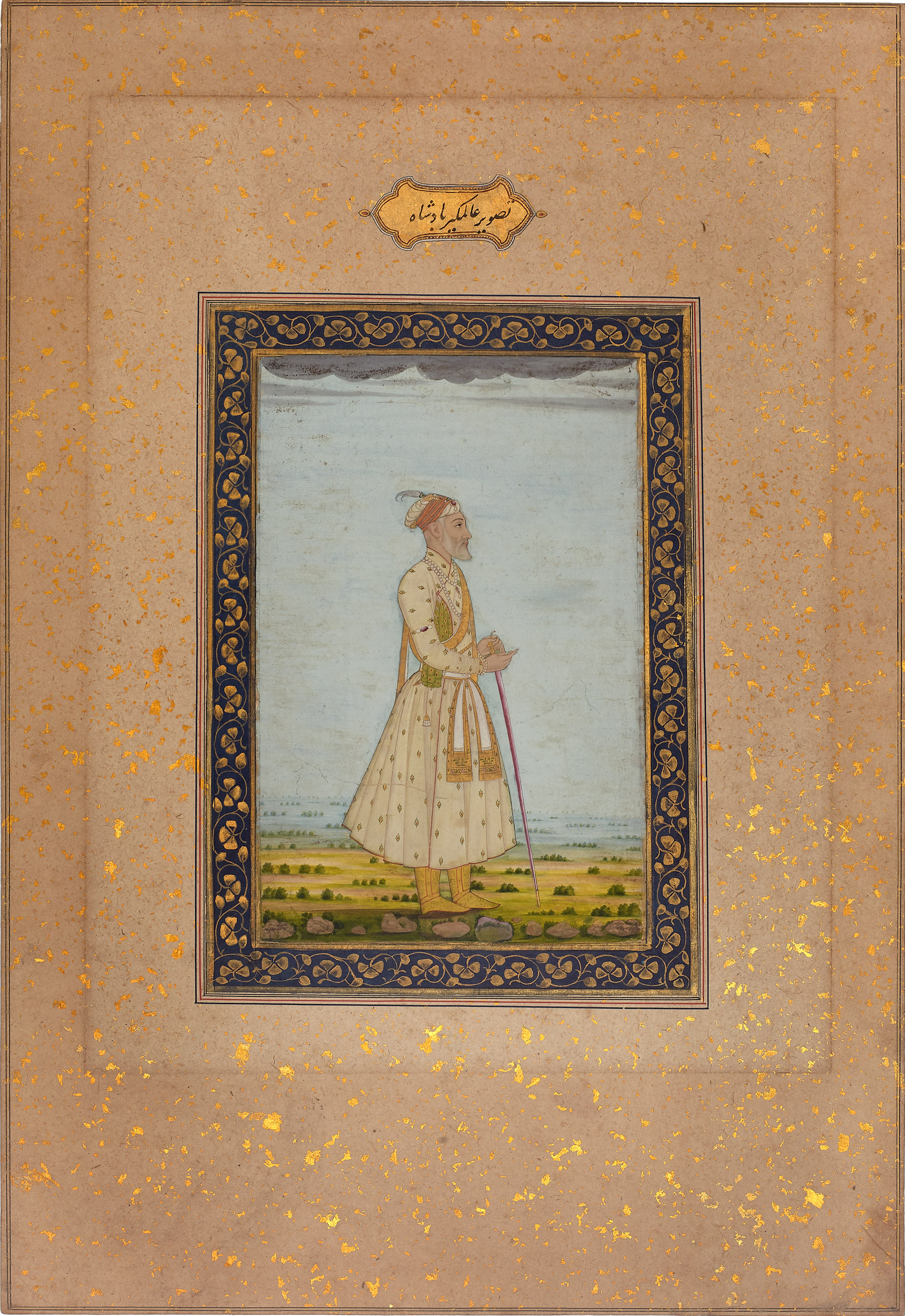 Our portrait, which depicts Aurangzeb at a fairly advanced age, is part of a group that was produced in the workshop of the versatile painter Mihr Chand (active c. 1759-1786), son of Ganga Ram. Mihr Chand studied and copied classic Mughal and Deccani paintings from the 17th century and utilized some of the technics he learned in his own compositions. He excelled among his many talented peers (Mir Kalan Khan, Faizullah, Muhammad Rizavi Hindi) to produce some of the finest works of the later 18th century for the Nawabs of Oudh and Antoine-Louis Henri Polier (1741-95).

The distinctive format of this album folio with its gold speckled borders and gold cartouche indicates that it was once part of a group of albums that were assembled in Lucknow during the late 18th century, possibly for Nawab Shuja’ al-Daula (1732-1775). A portion of these albums was dispersed in the 18th century as Sir Elijah Impey, the first Chief Justice of Bengal from 1774-83, acquired some. Further examples appear in the (Francis) Douce albums bequeathed in 1834 to the Bodleian Library. Others were acquired by Admiral Edmund Fremantle (1836-1929), who was stationed in India in the 1880s. Examples from his collection can be found in the V&A.