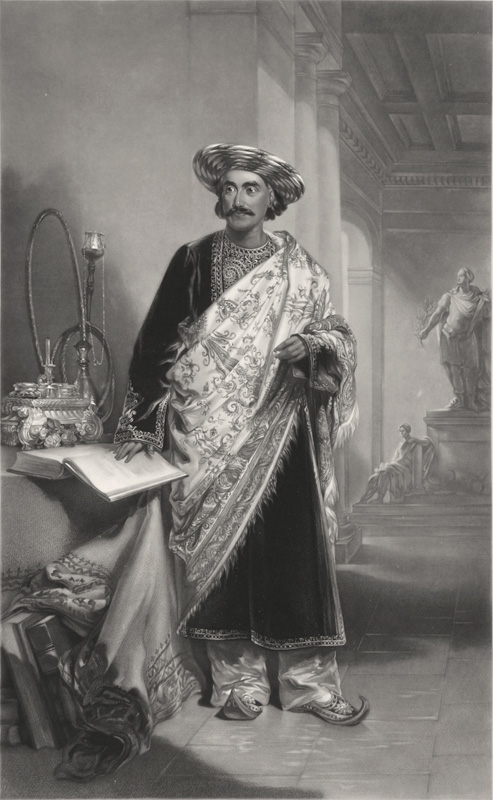 An industrialist and entrepreneur, adopted by a rich businessman, Ramlochan Tagore. He studied law under Robert Fergusson, starting a successful career in 1815. He expanded the modest estate he inherited, through entrepreneurial rather than feudal management, engaging several European experts, and by 1840 he had concerns in shipping, export, zamindari and real estates, insurance, banking, coal mining and indigo. His lifestyle and the 1840s recession caused the collapse of his business empire, and it took his son, Devendranath, almost all his life to clear the debts accumulated by his father. He was the grandfather of the Nobel Prize winning poet Rabindranath Tagore (1861 – 1941).

Inscription below title reads: Engraved from the Picture painted by the desire of his Fellow Citizens of Calcutta.