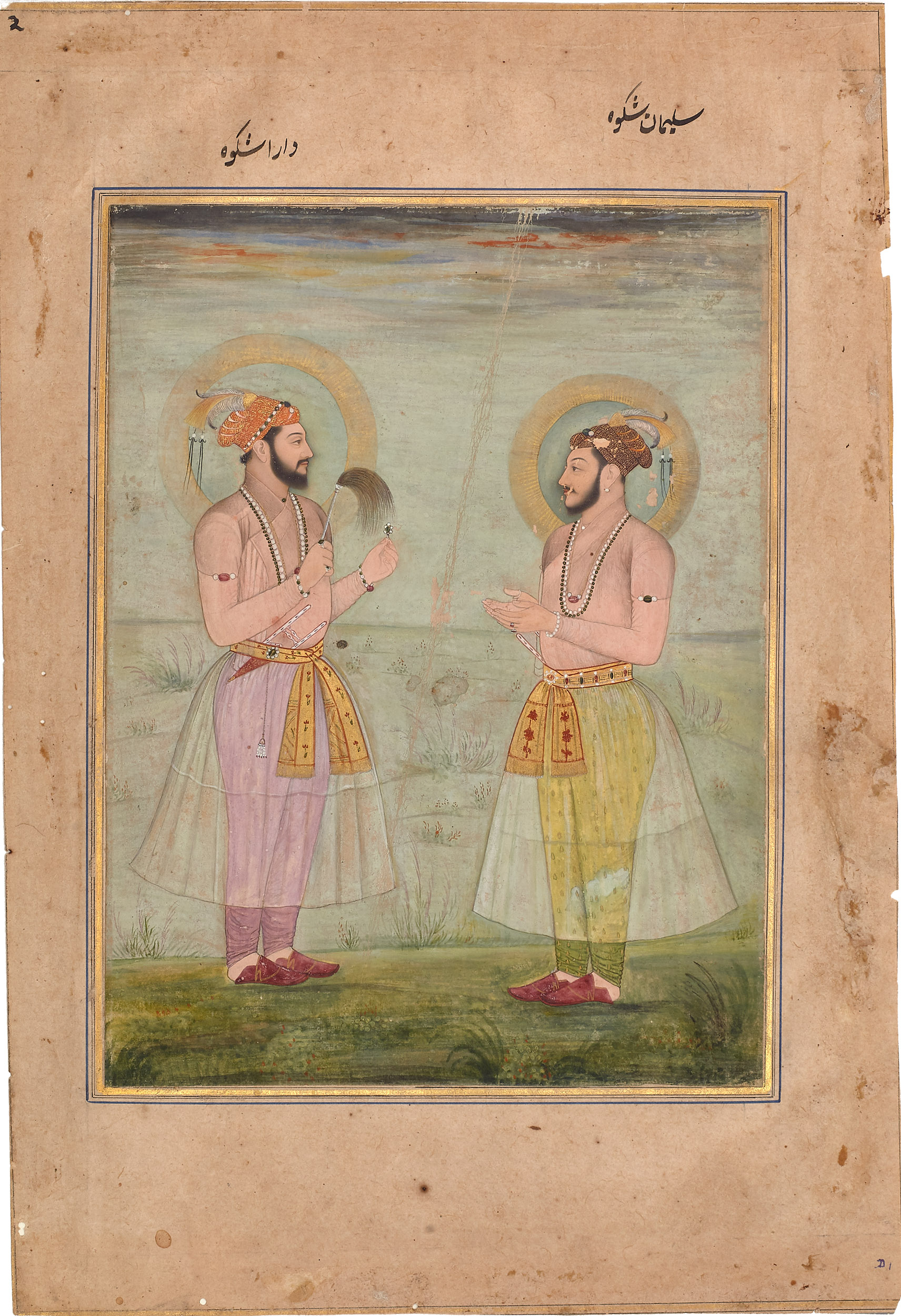 Prince Dara Shikoh stands facing his eldest son Sulaiman Shikoh in a manner that was, at the time of this works completion, highly conventionalized. Dara holds a sarpech and a flywhisk while Sulaiman holds both hands upward towards his father in a gesture of reverence. Both princes have a thick gold nimbus around their heads, a symbol that was more often reserved for the emperor, but here may simply identify the two men as heirs to the Mughal throne.

Dara Shikoh was Shah Jahan’s eldest son and was favored to succeed him. However, when Shah Jahan fell ill in 1657, Dara found himself on the losing end of a brutal accession battle. He was outwitted by his younger brother Alamgir, who brokered military alliances to help him win key battles at Dharmat and Samugarh. After a series of defeats, Dara Shikoh was captured and executed in 1659. Sulaiman would suffer the same fate three years later.