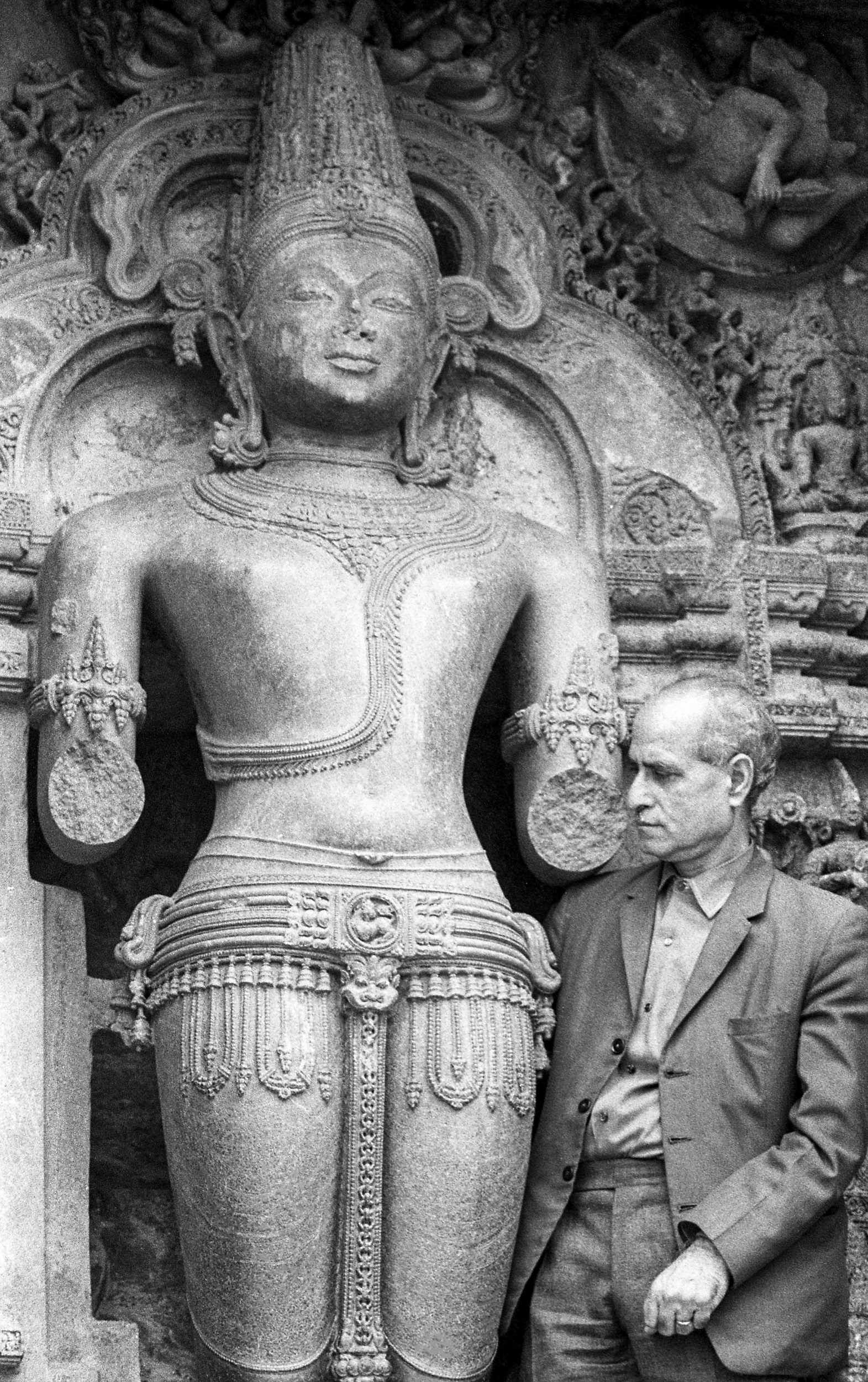 Dhanraj Bhagat was born in 1917 in Lahore and did his diploma from the Mayo School of Art in Lahore. He served as the head of the Sculpture Department at the College of Art, New Delhi, from 1947 to 1977 and began experimenting with different mediums for sculpting. He found clay to be uninspiring and thus used wood in most of his renowned sculptures. He also used materials like papier-mâché, aluminium, copper and stone for his work and made several paintings towards the later part of his life. Initially his sculptures carried a certain fluidity and sensual touch. However post seeing the horrors of the partition, the artworks became more geometric and incorporated rough edges.

Bhagat participated in the first three Triennales staged in India, The All India Sculpture Exhibition in 1954 and many exhibitions held at galleries such as Bombay Art Society, the Academy of Fine Arts, Kolkata, and the All India Fine Arts and Crafts Society, New Delhi. He was awarded the Padma Shri by the Government of India in 1977.

He died in 1988 at the age of 71 and the Government College of Art, Chandigarh, an offshoot of the former Mayo School of Art – the almamater of Bhagat, established a sculpture park at its premises in 2010, which they named after him.