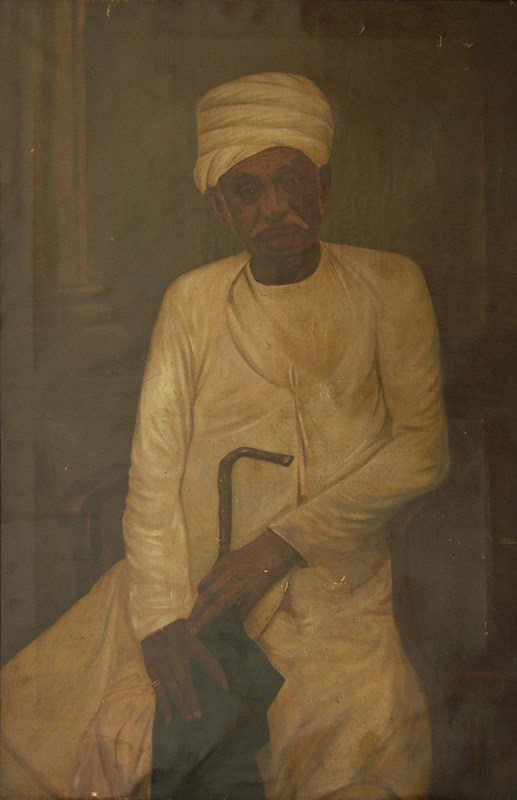 Born Abdul Aziz, nicknamed ‘Aba’, Abalal Rahiman was the most revered and influential artist of his time. As a young boy, Abalal was sent to have Persian lessons with a Indian interpreter at the English Residency. While waiting there, he killed time by drawing, which caught the attention of the resident’s wife and she persuaded the Maharaja to offer him a stipend to study at the Bombay arts school in 1880. Abalal’s early promise is evident in his school drawings, particularly in chalk. He shone at school as a brilliant student and shot into limelight in 1886 when he won the Viceroy’s Gold medal. Experimenting with varied rendering techniques, he excelled in chiaroscuro as well as ‘powder shedding’ with charcoal. It was his mother’s sudden death that removed him from cosmopolitan Bombay and all he carried back to his Kolhapur was his brief painting experience with Griffiths. In the 1920s, the penultimate decade of his life, Abalal produced his mature works. Today, Abalal is remembered for his landscapes, but at the art school he displayed a sensitivity to portraiture. Lack of portrait commissions and his Quranic upbringing, which frowns upon figure painting, may have turned him to landscapes.

In this portrait, you can see the unglamorous realism which was not much about rendering superfluous and decorative details but about imitating texture and natural complexion of the patron.