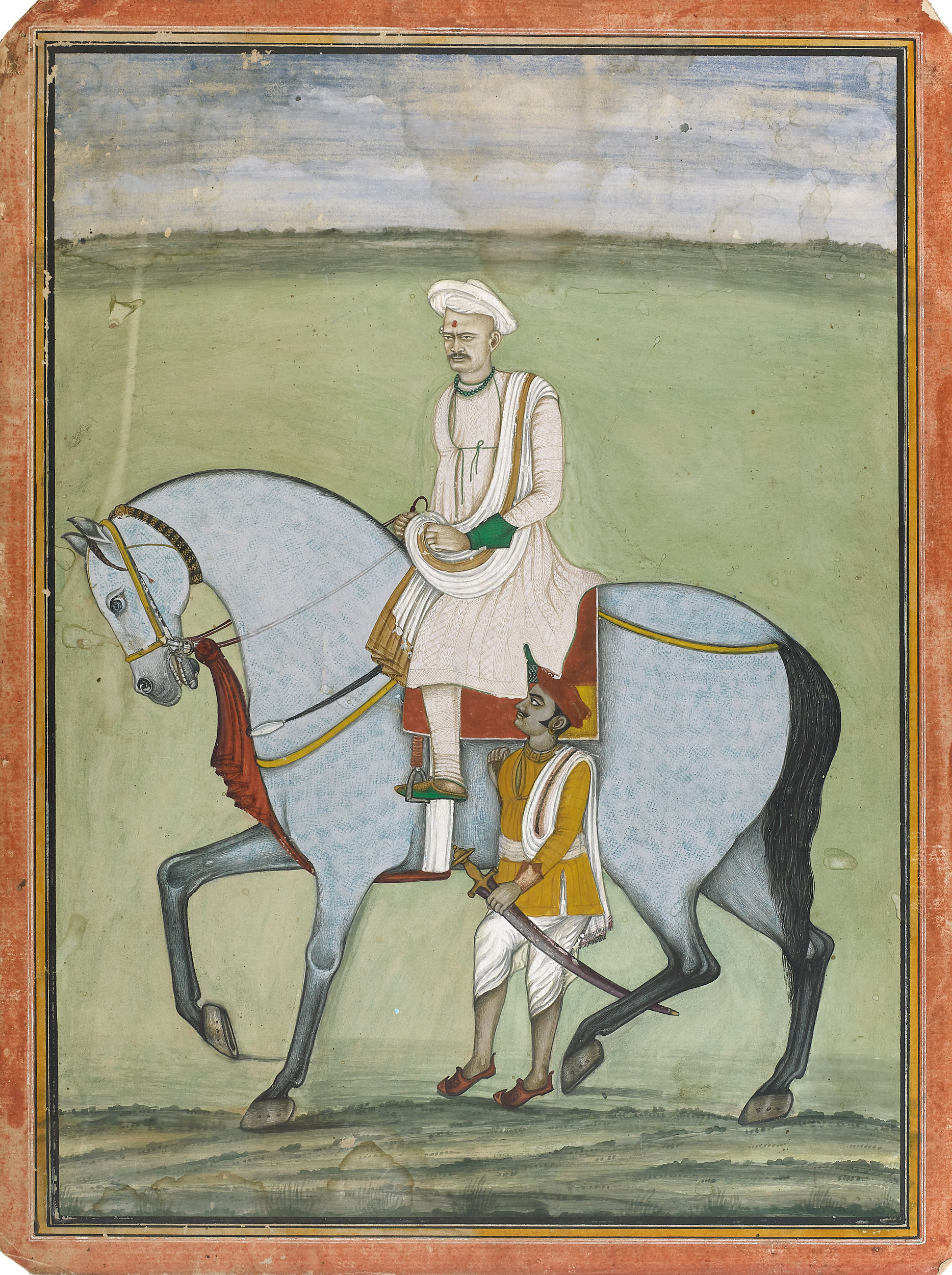 It is difficult to identify the subject of this exquisite portrait in the absence of an inscription. The man depicted, judging from his distinctive turban, is a Maratha. He is shown in three-quarter view atop a softly spotted blue-grey horse and is dressed in a beautifully embroidered white angarkha, trimmed in green, and a fine emerald necklace, which accentuates the trim. An attendant who wears a red Gwalior style turban, yellow angarkha, and white dhoti accompanies him, holding his sword. While the primary subject of our portrait bears a close resemblance to popular images of Balaji Vishwanath, the first of a series of hereditary Peshwas who gained control of the Maratha Empire during the 18th century, the rather sensitive treatment of the face leads one to believe that this portrait, done in the mid 19th century, was taken from life.