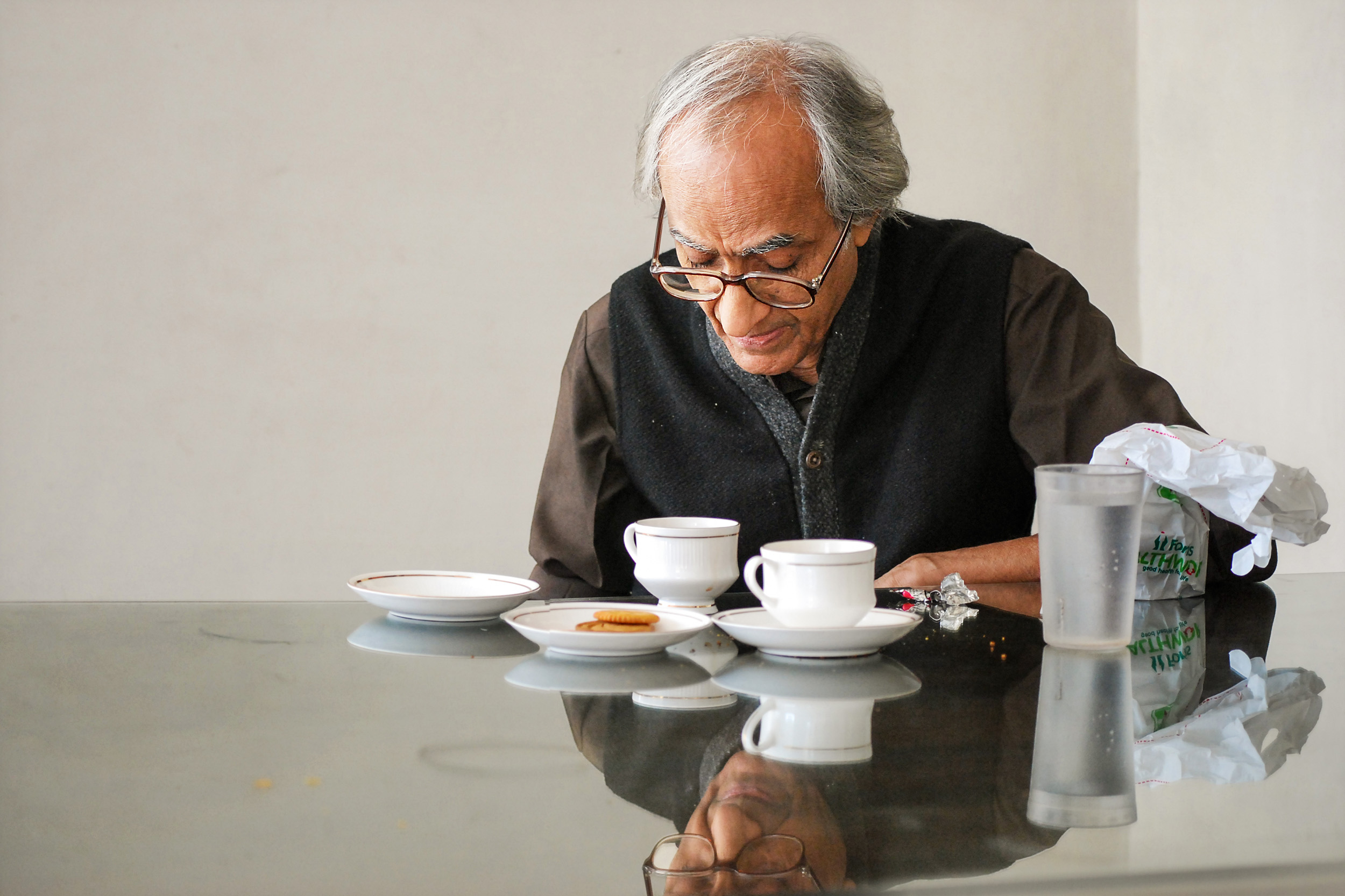 Gopi Gajwani was born in Sind in 1938 and graduated from the Delhi School of Art in 1959 with a degree in Graphic Designing. He worked as a designer at the American Centre for 29 years, creating posters for plays, films, dances, and workshops, both home-grown and foreign. He contributed cartoons and caricatures to magazines and other publications, besides working as an illustrator and designing several coffee table books. He worked as an experimental short filmmaker and had numerous one-man shows on his paintings at the Shridharani Art Gallery in New Delhi. He lives and works in Delhi.