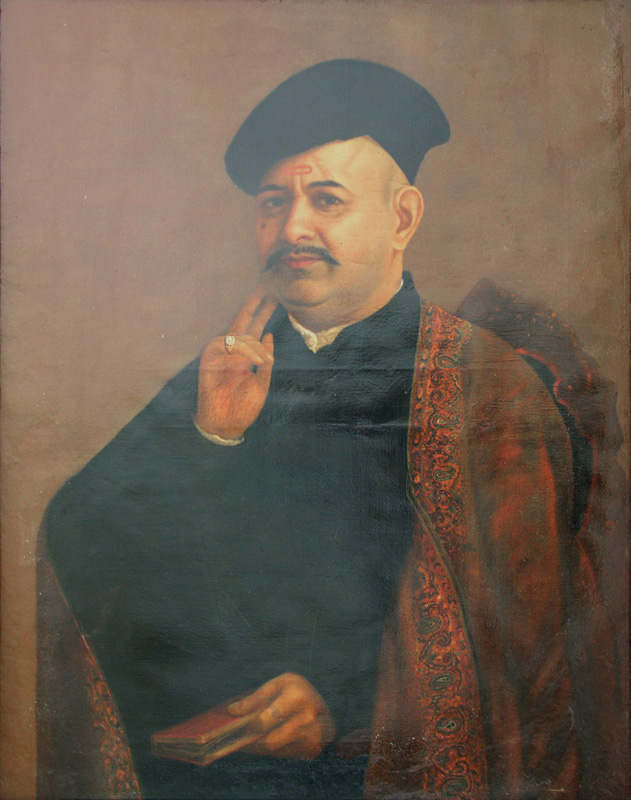 Honorable Justice Nanabhoy was born in Surat and was the first Gujarati Justice during the British Period in India. In 1861 he became a lawyer and accomplished good reputation and fame in Gujarat. He was also known as ‘Barrister’. He returned with respect the position of ‘Diwan’ offered by the Baroda State. He was one of the initiators for Convent education in Surat. However extensive his interaction with the Britishers were, he stuck to Indian traditions. There were a number of cases which gave him fame for neutral judgments.

Raja Ravi Varma was born in Kilimanoor Palace. At the age of seven years he started drawing on the palace walls using charcoal. His uncle Raja Raja Varma noticed the talent of the child and gave preliminary lessons on painting. At the age of 14, Ayilyam Thirunal Maharaja took him to Travancore Palace and he was taught painting by the palace painter Rama Swamy Naidu. After 3 years Theodor Jenson, a British painter taught him oil painting. While making portraits, the standard practice for him was to spend a day or two in observing and interacting with the sitter, during which the measurements of the face were also noted down, and was followed by a sketch. The miracle of photography made commissioned portraits even easier. This portrait was done in Baroda while Ravi Varma was commissioned by Maharaja Saiyaji Rao Gaekwad.