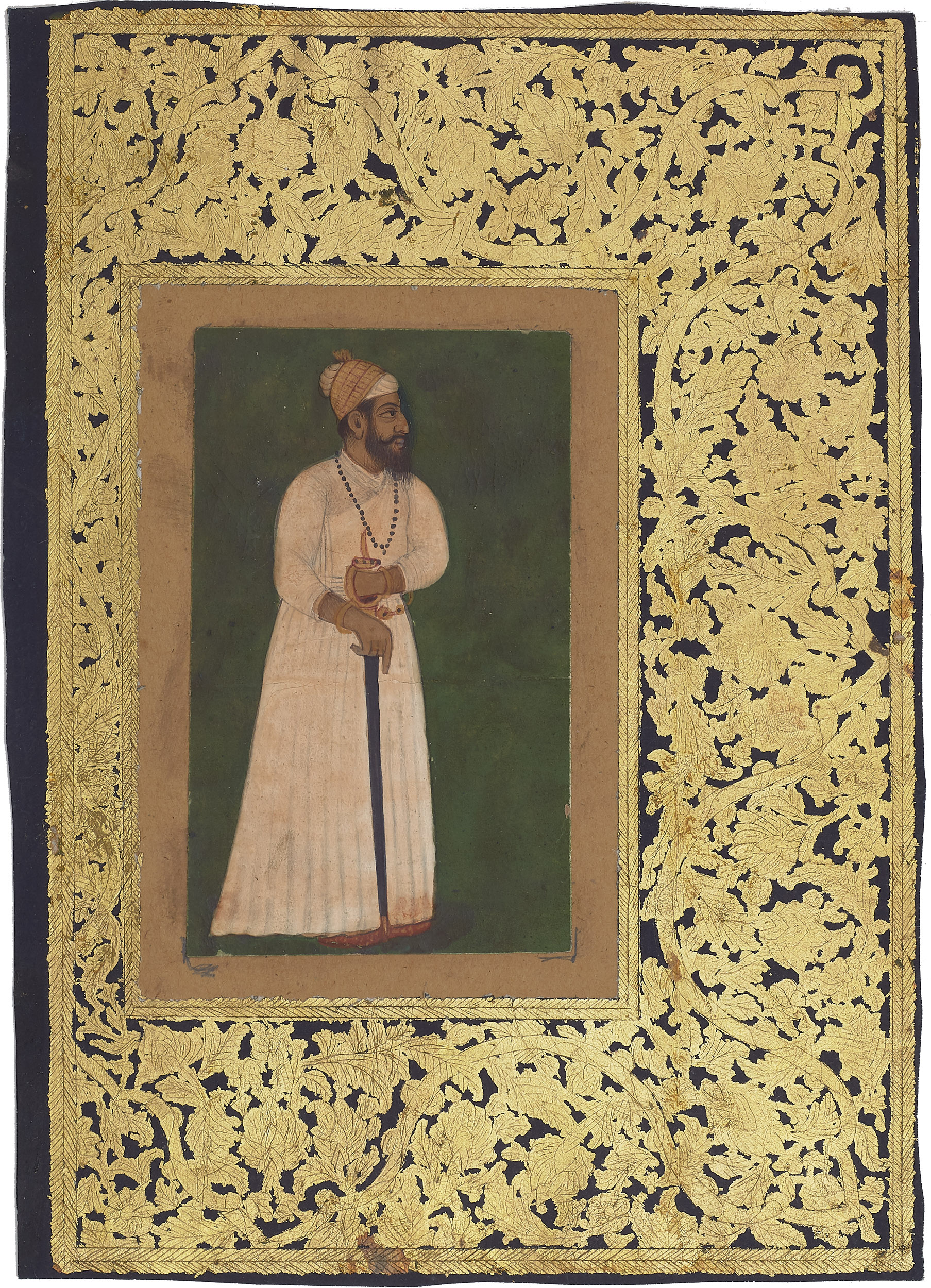 Ibrahim Adil Shah II was the sixth sultan of the Adil Shah dynasty that ruled Bijapur from 1490-1688. He is remembered as religiously tolerant, a great patron of architecture and painting and a talented poet and musician.

This picture is a reworking of a famous portrait by the Mughal portrait specialist Hashim from the Kevorkian Album (MMA 55.121.1033V). The border, bursting with gold floral spandrels, is of a type that has been associated with a Bijapur or Golconda workshop of around 16001. Several surviving album leaves in this attractive style have been mutilated by replacing or covering their calligraphy panels with later renditions of Jahangir and Shah Jahan period portraits2.