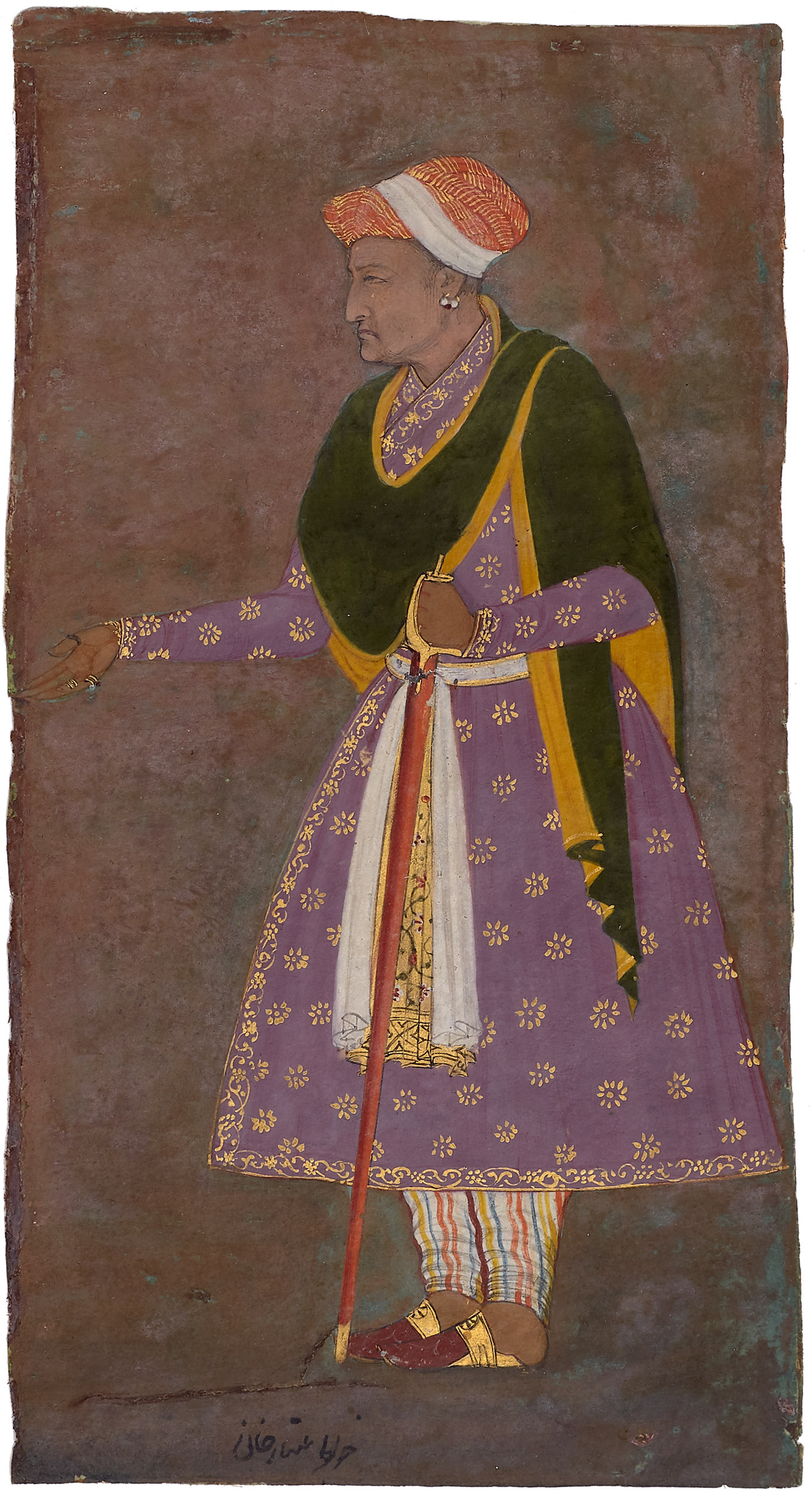 The subject of this portrait, I’tibar Khan, is mentioned several times in Jahangir’s memoirs. In his youth, he was in the service of Bahadur Khan (also known as Baz Bahadur, the last sultan of Malwa). After Akbar defeated the Malwa sultan in 1562, I’tibar entered his service. He was appointed governor of Gwalior in 1607 and Agra in 1623. He defended Agra fort from the rebellious prince Khurram in 1622-23. After his defense of Agra, Jahangir gave him the title Mumtaz Khan and a mansab of 6000 zat and 5000 sawar. Upon his death, Jahangir wrote this of him in his memoirs:

On the sixteenth (December 28) it was reported that Mumtaz Khan the governor of Agra, had passed away. He had first been with Bahadur Khan the brother of Khan Zaman. After they were killed, he joined my exalted father’s service. When I was born His Majesty gave him to me to be the supervisor of my establishment. He served me continuously for fifty-six years loyally, compassionately, and pleasingly. Not once was I ever vexed by him, and the obligations owed him for his service are more than can be written. May God have mercy upon him.